…and suddenly Bela B. entered the room..But one after the other…..

It all started with an idea. During our medical training in Syria two years ago we set up the plan to actively oppose the almost complete collapse of the medical system- the idea of a mobile hospital for Syria and Northern Iraq was born. Due to expert knowledge, creative ideas and a bit of Mac Gyver, our first mobile medical unit is ready and can start its journey to the places, where it is needed badly; we just have to overcome the last hurdle: bureaucracy. As soon as the last stamp is set the trip begins. 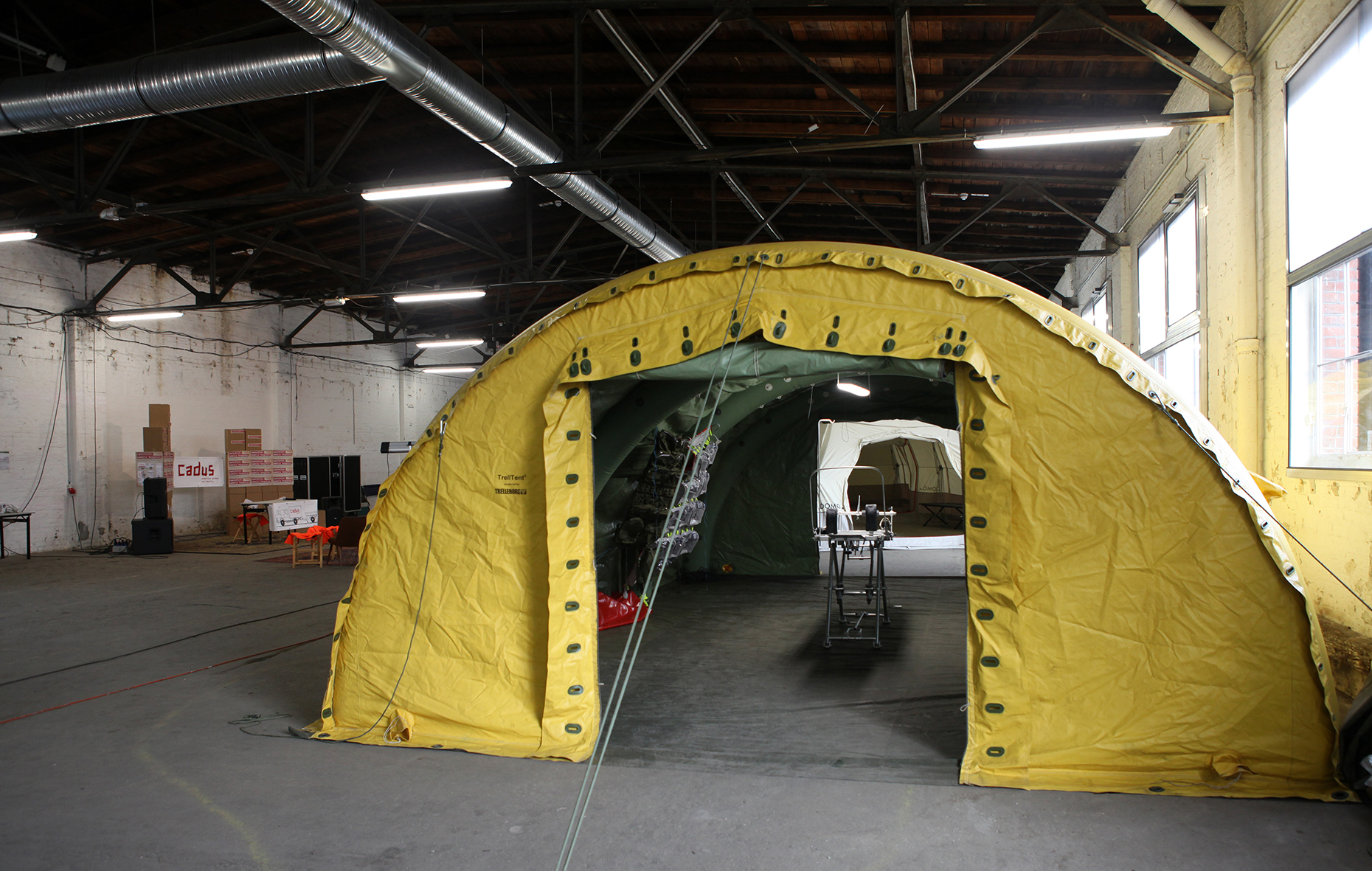 But before it started, we took the chance to present the project officially - to you, the donors, supporters and the media. In the beautiful hall of the Agora Collective we set up the mobile hospital and staged a press conference.  Happy us, we won a day of support through Betterplace, the social donation-platform. Therefore, the team came to the aid of us and the hospital was set up in no time at all. Thanks a lot to all of you! The set-up was also a reassurance for our concept that people with no experience are able to set up the hospital without any problems. The tents Morethanshelters donated are working really well, thanks to you as well. 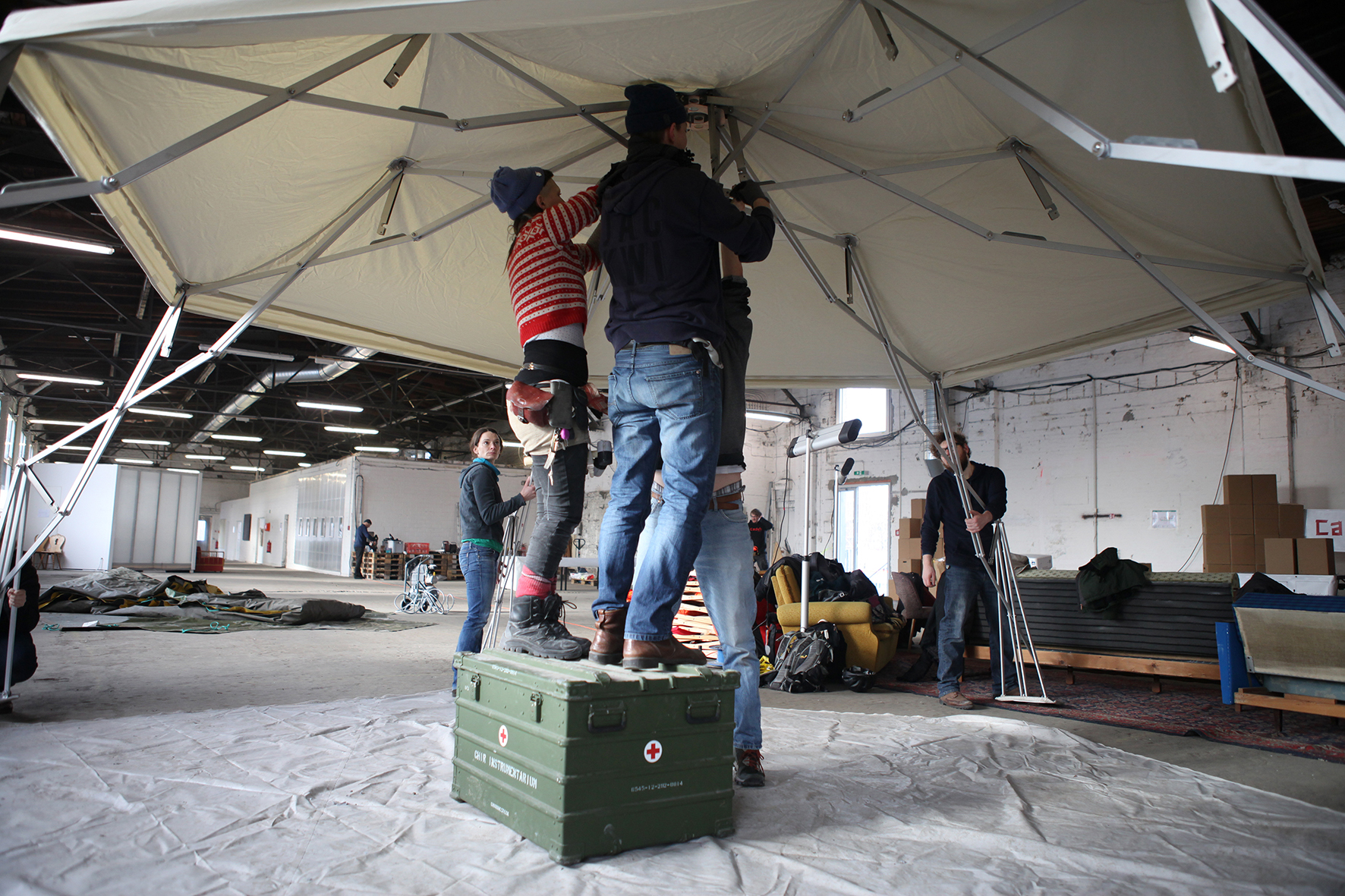 Sebastian presented a short version of our concept. The visitors had the chance to have a look and walk through the hospital while asking questions.  As thanks to the team of Betterplace, they got the great honour of naming one of our trucks. Doused full of verve with a bottle of champagne it was named Bernhard. 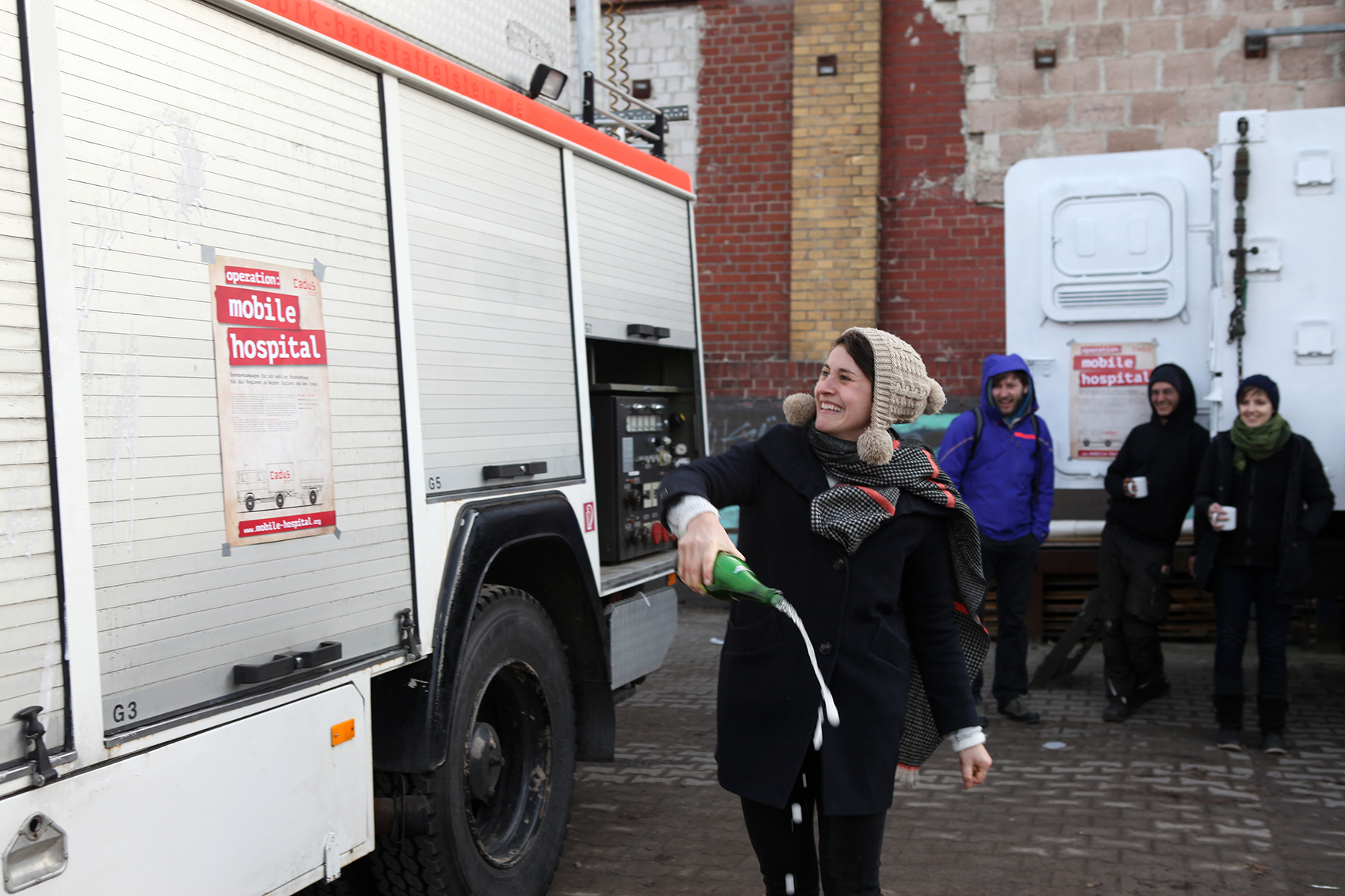 And when everything was packed and settled, Bela B. showed up, exactly as his actual slogan: “Still warm, but covered with sand”. Sebastian showed the musician and actor around and explained the operating theatre, which is a self-inflatable tent. Afterwards, Bela B. took time for a photo session with us, thanks a lot for that! 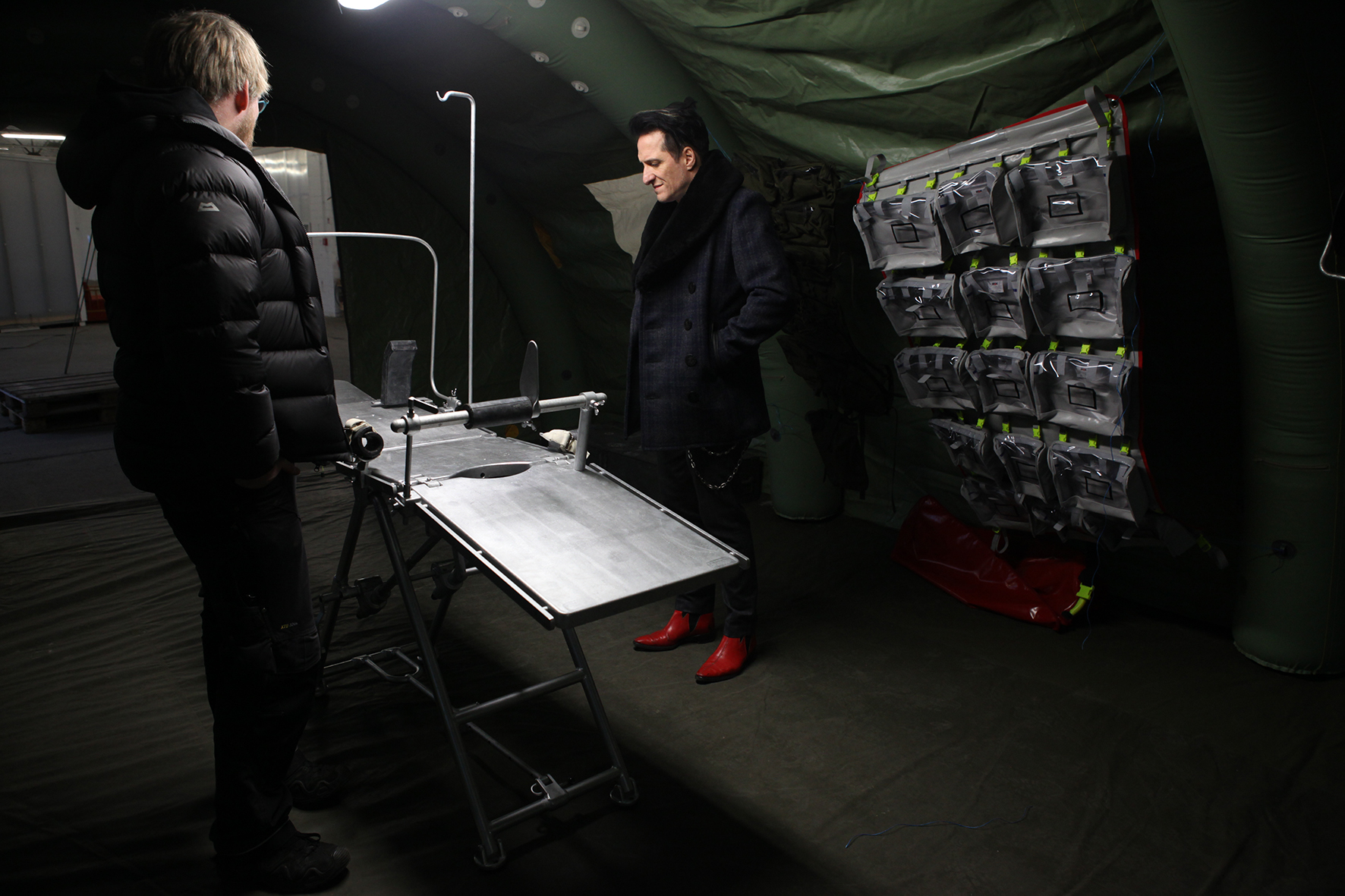 It was a long day but also a well-rounded event to present the mobile hospital in Berlin and enable you all to see what is only doable through your support: to establish an idea of active support and solidarity. Thanks a lot! 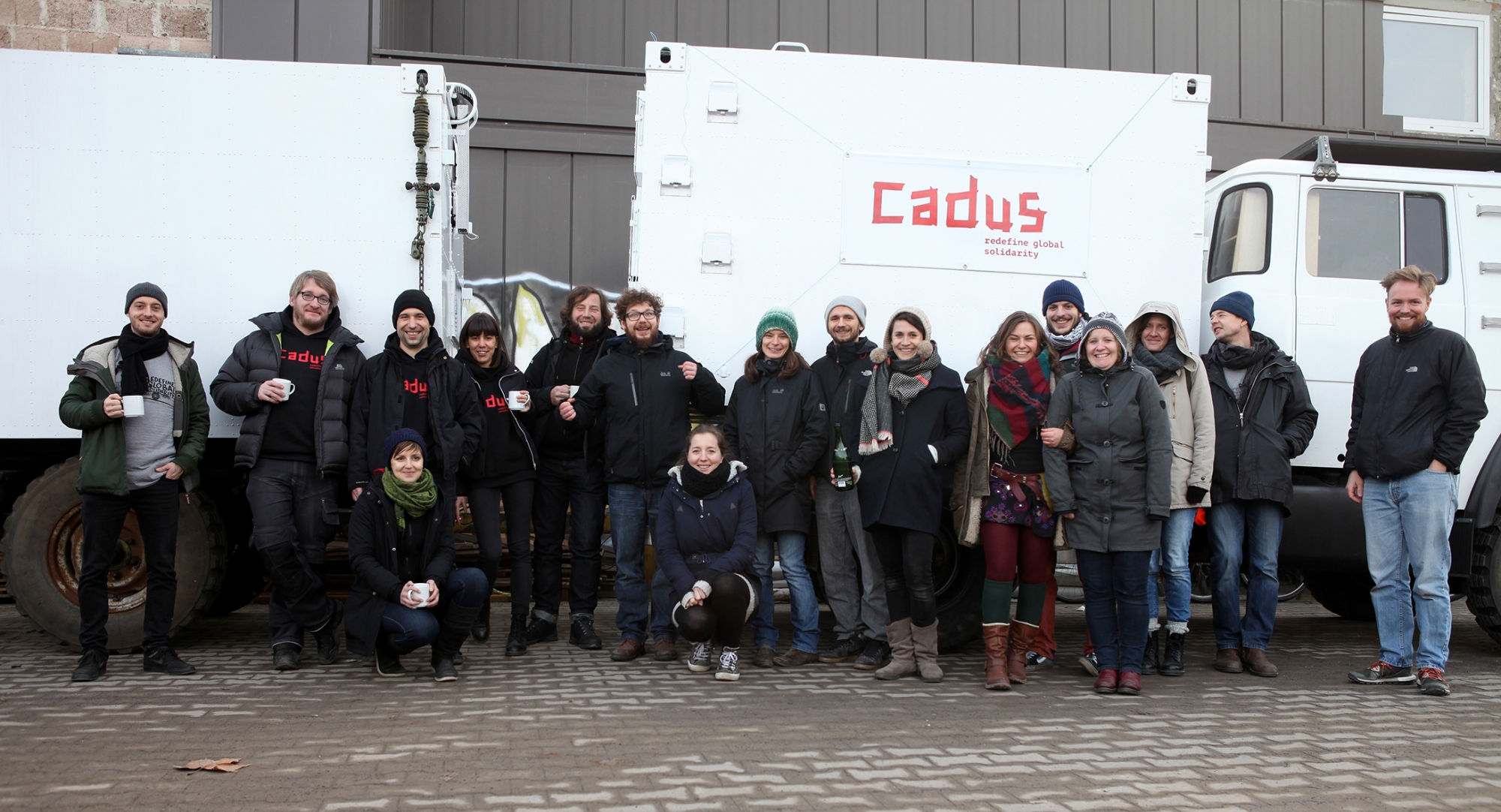 "It was not some kind of natural disaster creating those injuries, but people committing these atrocities on other...