We are doing this now!

It's been roughly a year since we started to promote our idea of a mobile hospital for the regions North Iraq/ North Syria proactively. A lot has been going on at CADUS since then, we've engaged in SAR missions in the Central Mediterranean aswell as the Aegaeis and organized a transport of relief supplies to Idomeni/Greece. We have been restructuring our training scheme for the paramedics in northern Syria to adjust to the worsening situation on site and to further the implementation of the telemedical module in said scheme. Many features have been added, more work accrued and needed to be done, some ideas were taken up, many more were dropped.

This is why the work on our operation "Mobile Hospital" was mainly focussed on establishing the needed contacts here and in the region, ascertaintment of the operational planning and securing the much needed funds for the project for the better part of this summer. Even though many organisations and individuals financially supported us over the turn of the last weeks and months (for which we are immensely grateful!) we have to acknowledge that raising funds is not our strongest suit. Various institutions and organisations who signaled their interst in supporting us and our cause decided to shift their focus to refugee support in Germany or to programmes which dealt with the problem of white supremacist right wing backlash over the refugee "crisis".

But the last few month were critical for showing us that the mobile hospital is still very much needed in the region. The situation in Syria and the whole region is dire, worsening by the day. The hostilities do not cease, the war in Syria is escalating even more and is mainly fought against the civilian population in rebel held areas, not against Assad nor ISIS. The battle for Mossul has started in Iraq and will leave tens, if not hundreds of thousand people as internal displaced refugees for an unknown lapse of time.

For that reason we are right now working as fast as we can on the mobile hospital- even though we are still not yet fully funded. We are working in drafty halls in this chilly and damp weather, beacuse it's worth every sneeze and every cold we might catch. People are cutting, welding and polishing as we speak and our trucks are taking shape! Many awesome people are supporting us right now with their dedication, their spare time and their technical skills. By the end of this year we will have the trucks ready to get them on the road. The mobile hospital will be on its way – as soon as possible! 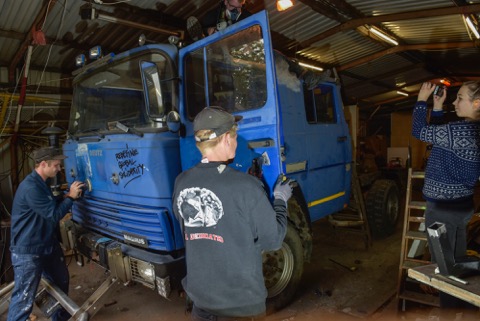 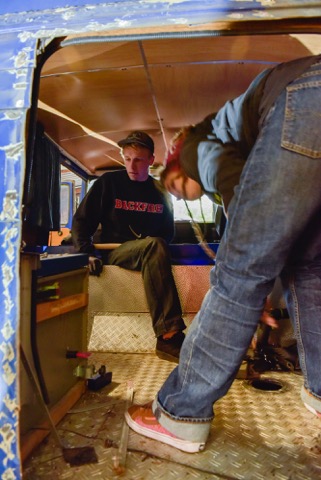 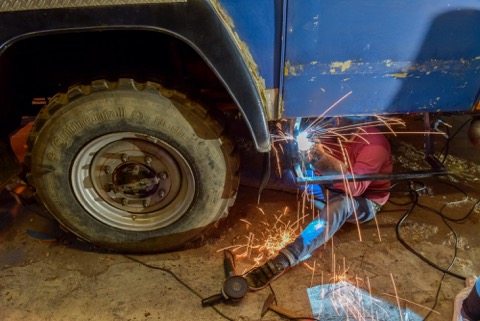