After the Iraqi army had liberated Mosul, we made good use of our time by maintaining our equipment, procuring fresh supplies and planning our next operation. We have now decided to follow the campaign against the IS further to the Hawija region, and to Anbar. In doing so we will go on fulfilling our mandate to provide medical emergency care to those directly affected by combat. Admittedly, the recent development concerning the Kurdish independence referendum in Iraq doesn’t make things easier for us.

Throughout all of Iraq, the IS is in retreat. The al-Hawija region, a one-hour car ride west of Kirkuk, had been the jihadists’ last stronghold in central Iraq. Now the army has reclaimed the place within a few days, and after short combat. Many of the IS warriors expected to be found there have already gone underground or fled, and allegedly, hundreds of fighters have surrendered to the Kurdish peshmerga units up north, thus avoiding imprisonment through the al-Hashd ash-Shaabi brigades. The Iraqi forces now turn to the province of al-Anbar in the southwest, the last bit of Iraqi territory still ruled by the IS. While al-Anbar consists largely of uninhabited desert areas, its geographical situation near the Syrian border, with the towns of Abu Kamal and al-Qa’im, lends it strategic importance for the IS to secure their supplies. Hence, the imminent liberation of the area puts the jihadists’ dream of a cross-border caliphate to an end. 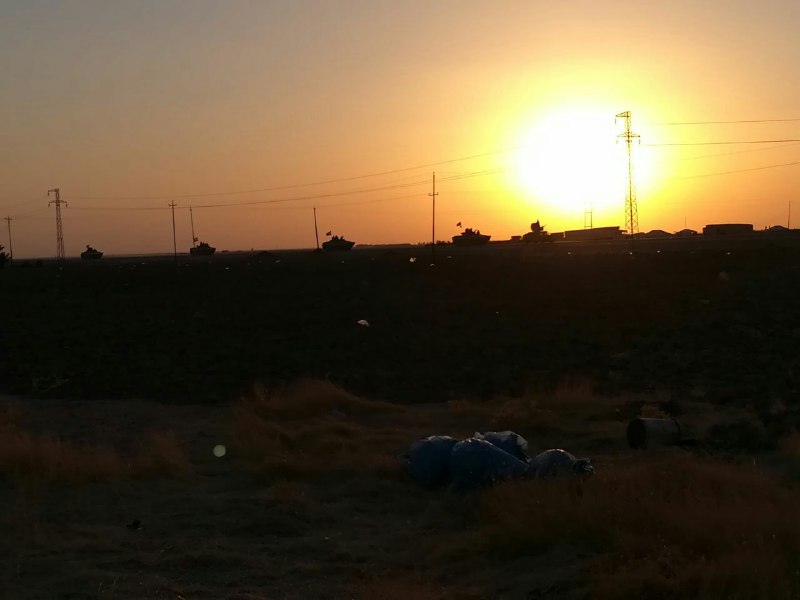 A convoy of the Iraqi army drives through the desert, passing our team. Photo: CADUS

Our position at the motorway, amidst the desert between Kirkuk and Baiji, meant new challenges for our team. As in Mosul, the security situation was tense, but calculable. But the desert climate with its hot days and cold nights, along with the ever-pervasive sand and dust, made up for harsh working conditions. Moreover, our team had to move several times, and maintaining the supply flow became a difficult task in this rural area. 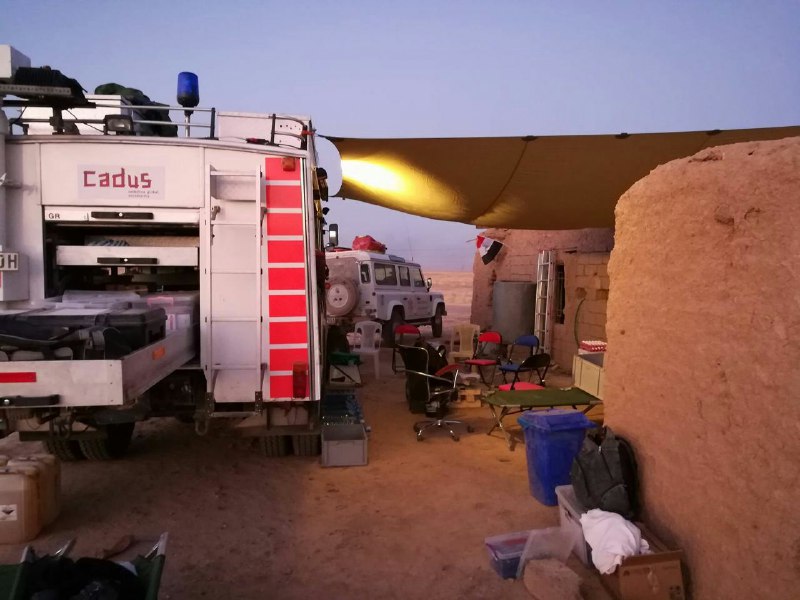 Our trauma stabilization point (TSP) near to Hawija. Photo: CADUS

Luckily, due to the quick and comparably smooth execution of the Hawija offensive, our medical team had fewer trauma patients to treat. Instead, primary healthcare for the long-neglected local communities became a priority. Plenty of old, formerly untreated ailments and injuries, as well as chronic cases, were taken care of. Fee underlined the clear necessity of our presence: “At this point, we are the only NGO down here”, she said. “It is absolutely vital that we are around to provide the civilian populace with the medical care they need.” 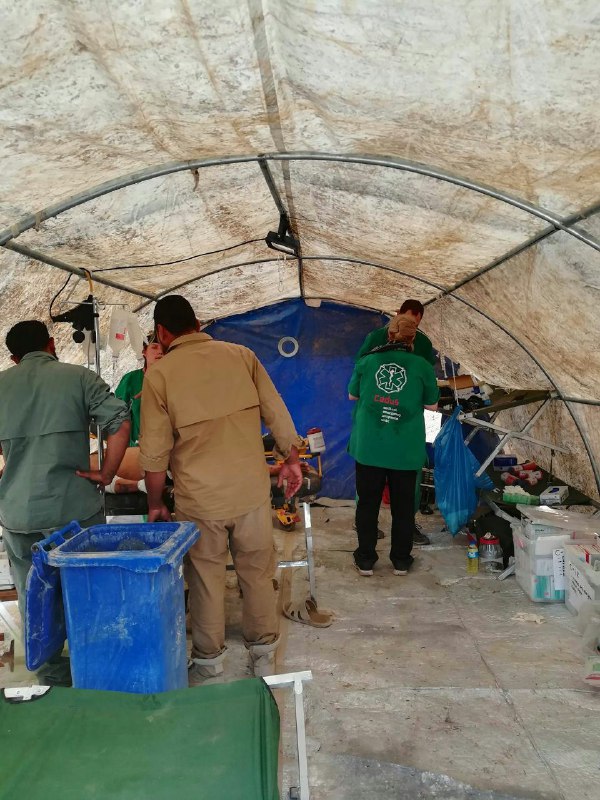 Insight of our medical supply camp where we treat our patients. Photo: CADUS

The referendum and unsafe circumstances

In mid-operations, we heard the news of an upcoming referendum on the independence of the Kurdish minority in Iraq. We all at CADUS asked ourselves how this would impact the relations between the Iraqi government and the KRI (Kurdistan Region of Iraq), the continuation of our mission, and most of all, our team’s safety. We managed to keep our cool, reconsidered our options and ran through a range of scenarios, among them even preparing for evacuation. After talking back to our headquarters and to other organizations operating in Iraq, we decided to continue our assignment while keeping an eye on the security situation and having an extended emergency plan in place. The referendum was conducted in spite of threats from Baghdad, and voted in favor of by a vast majority of Iraqi Kurds. It has complicated the conditions for humanitarian aid significantly, and has caused severe logistic problems as well as new security concerns. The inner Iraqi border has now become impassable in both directions, so our team had to come up with a workaround very quickly. “Since our logistics have collapsed when the border to Kurdistan was closed, I asked the public hospital to contribute consumable materials and drugs”, says Fee. „I really only wanted to know who their supplier was so we could buy there, too. But the hospital staff were so excited at our mission, they donated plenty of materials right away and promised to help whenever needed. Several nurses even asked whether they could volunteer with us! I would like to extend a big thank you to the cooperative staff at Salah al-Din General Hospital.”

The consequences are unpredictable

Sadly, the referendum will have further unfavorable consequences. Baghdad has restricted the airspace for flights to Erbil and Sulaymaniyah. Turkey has threatened to close borders and enforce no-fly zones, too. Therefore our volunteers can’t arrive via Erbil any longer. They can still travel via Baghdad, but that requires visa for all of Iraq, which are hard to obtain and very costly. At least the WHO (World Health Organization) has been able to negotiate free exit visa für members of humanitarian organizations, thus enabling departure from the capital’s airport. The Iraqi central government’s threats to take military action against Kurdish independence, along with rumors regarding imminent troop movement towards Kirkuk, have been very unsettling. Moreover, Turkey and Iran have reacted to the KRI in negative or even overtly hostile ways, thus raising the greatest concerns regarding the security situation. It is hard to predict what consequences the referendum will bring about, in terms of politics as well as concerning our mission. The people of Iraq, who have repeatedly seen their country being ravaged by war, the situation must be devastating. Deeply impressed, our head of mission, Fee, shares her thoughts: “In spite of the tense situation between Baghdad and Erbil, and although it may be more dangerous for them than for us, even our Kurdish team members have stayed by our side to help us!” 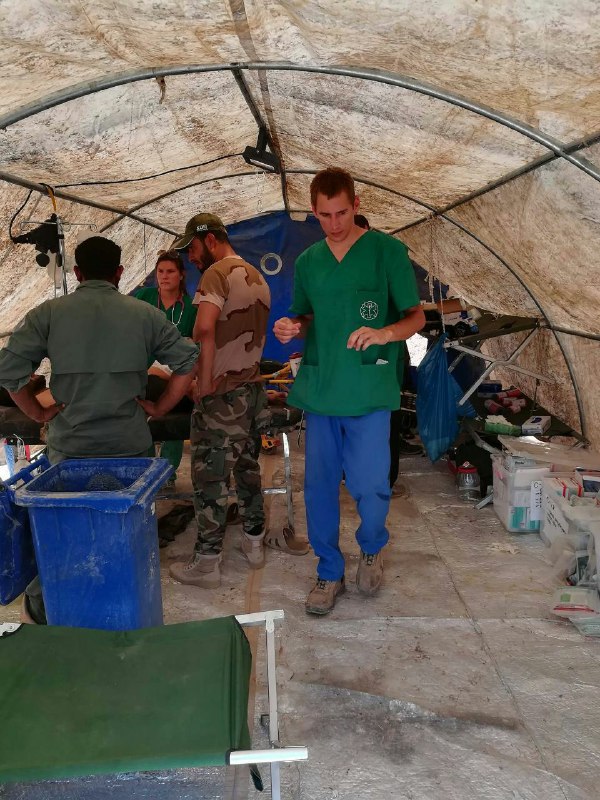 Our team works even under harsh conditions. Photo: CADUS

Against all odds—our mission is being continued!

The offensive against the last IS emplacements in the al-Anbar region will start one of these days. In Syria, the jihadists are under the pressure of the SDF (Syrian Democratic Forces), under Kurdish leadership, and the Syrian army under Assad’s command. The military defeat of the caliphate is closely at hand. Some estimations claim that the IS in Iraq will be vanquished within three months. We will go on providing medical emergency care to whoever may be in need of it. “The team is doing fine,” Fee states. “Although the insecurity would give anybody the blues every once in a while, we all go on giving our best to do what we’re here for: medical first aid for those injured by war! I am very proud of all our team members, and I will do anything to get everyone back home safely!”

Our thanks go to Fee and the entire team for their untiring commitment.


EDIT: Our fears have proven true last night regarding hostilities at Kirkuk between Kurdish peshmerga troops and the Iraqi army, resp. the Al-Hashd ash-Shaabi brigades. Many clashes are taking place, causing lots of fatalities on both sides. We deeply regret this outburst of violence. Fee, our head of mission in Iraq, expresses what many of us feel:

“The unfathomable tragedy of these battles is that so many Iraqi soldiers have families, friends and houses in Kirkuk. Some of the Iraqi soldiers have friends among the Peshmerga. There are Kurds serving in the Iraqi army. Nobody wants these fights! Everyone is so incredibly sad, that’s what we are being told over and over in private conversations. Still, everyone will fight, and many will die or suffer severe injuries.
There are many fatalities on both sides already. We can only hope the fights will not affect Kirkuk’s residential districts as most civilians haven’t left their homes. But all this should not let us forget about Anbar.”

We at CADUS hope for a peaceful solution to this conflict and ask all parties to participate in finding such a solution.

Donate now to support Fee and our team on their mission in Iraq.