Rapid action and early lockdowns have helped Papua New Guinea cope pretty well with the Corona pandemic as compared to other countries. However, with the emergence of the delta variant, case numbers have skyrocketed here as well, and the country has requested international support.

In November, a ten-member CADUS team set off for Papua New Guinea to support local health workers there using their own experience in dealing with Corona and treating patients. The team spent three weeks in the East New Britain region at the Nonga Hospital to observe and improve work processes together with their local colleagues. 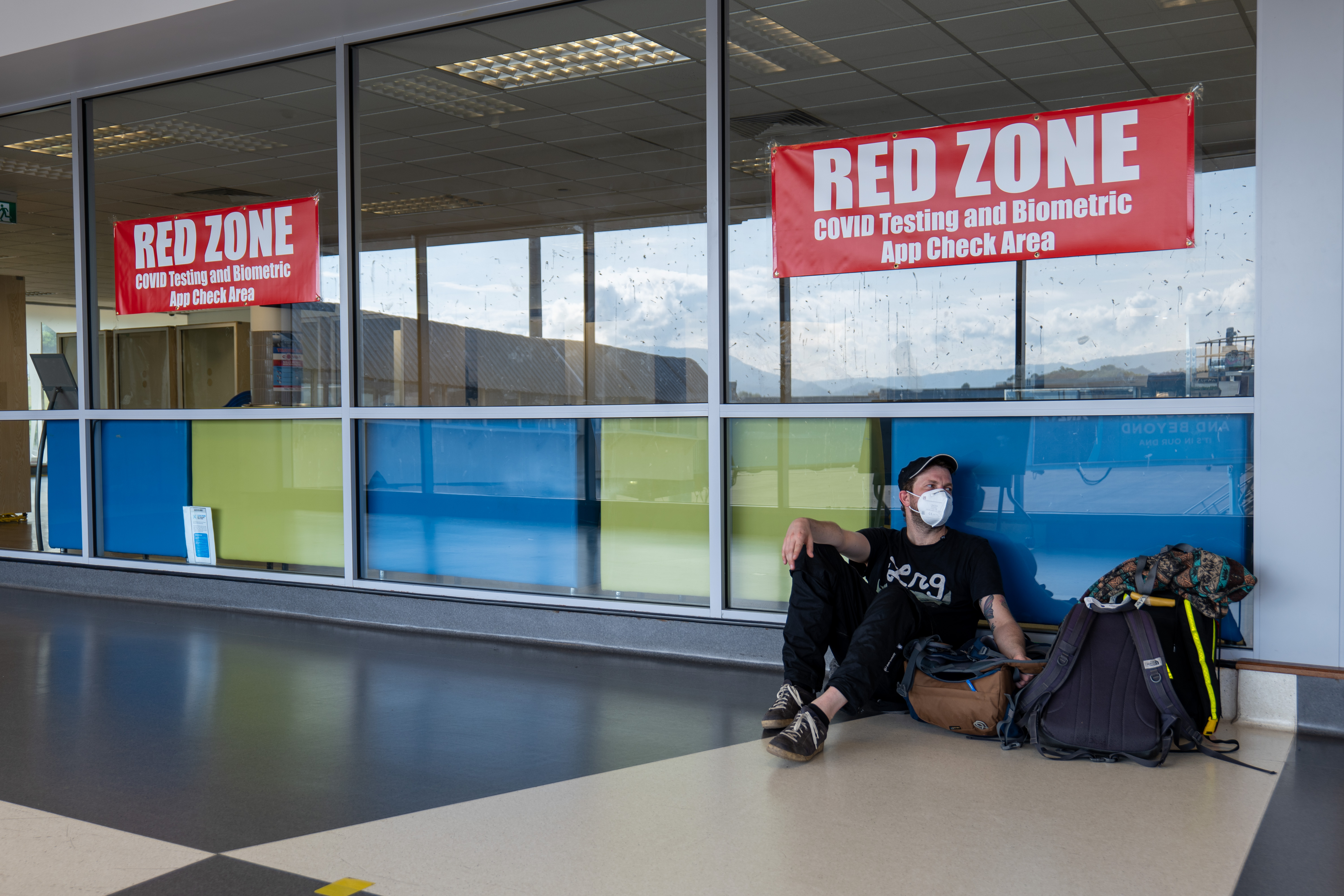 On the journey to Papua New Guinea, the crew often had to wait for test results. Foto: Lotte Heinl/CADUS

Papua - New Guinea is still marked by its colonial history. From 1884 to 1914, Germany had a presence in Papua New Guinea and participated with the Netherlands and Great Britain in the exploitation of the island and its inhabitants. About a hundred years later, the effects of this exploitation can still be felt and the country has struggled with poverty since its independence from colonial powers in 1972. This has also had a lasting impact on the country's ability to build a stable healthcare system. 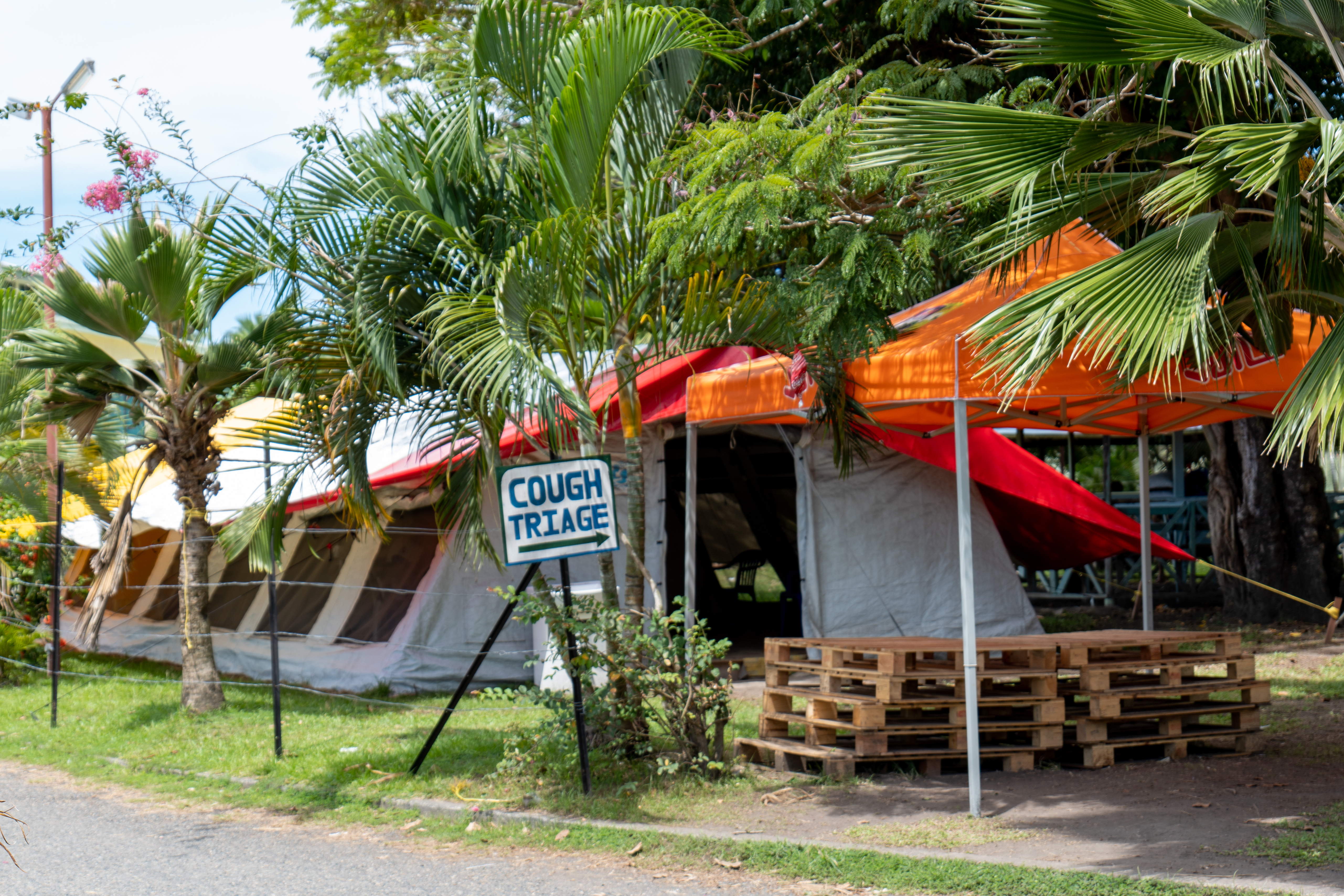 Even before Covid-19, the health system was burdened by many cases of malaria and a vast shortage of manpower. This situation has only worsened in the wake of the pandemic. There is a lack of resources such as oxygen and testing capacity, as well as a staff shortage of medical professionals. In addition, there is a largely unvaccinated population that is often skeptical of vaccination due to misinformation in social media and smear campaigns by local churches. Unfortunately, this is a phenomenon not unknown to us in Germany.
It is true that the daily infection figures are ridiculously low compared to European values. However, the number of unreported cases is likely to be much higher, since there is hardly any testing and the social stigma surrounding the disease prevents an effective fight against it.

The work of the CADUS team

The most important principle of our medical team was "working at eye level", especially with regard to the common colonial history. The goal was for German and Papua New Guinean colleagues to work together to develop new processes and improve the situation together: "Our colleagues at the Nonga Hospital thought it was good that we only observed during the first few days, without giving advice or changing things," says Anna-Lena, who was on site as medical coordinator. "Only after some time did we start to contribute our ideas and ask what changes our colleagues thought would be useful. That opened the doors for us on a personal level as well. Many of us still have contact with our colleagues there and get updates on how things are going." 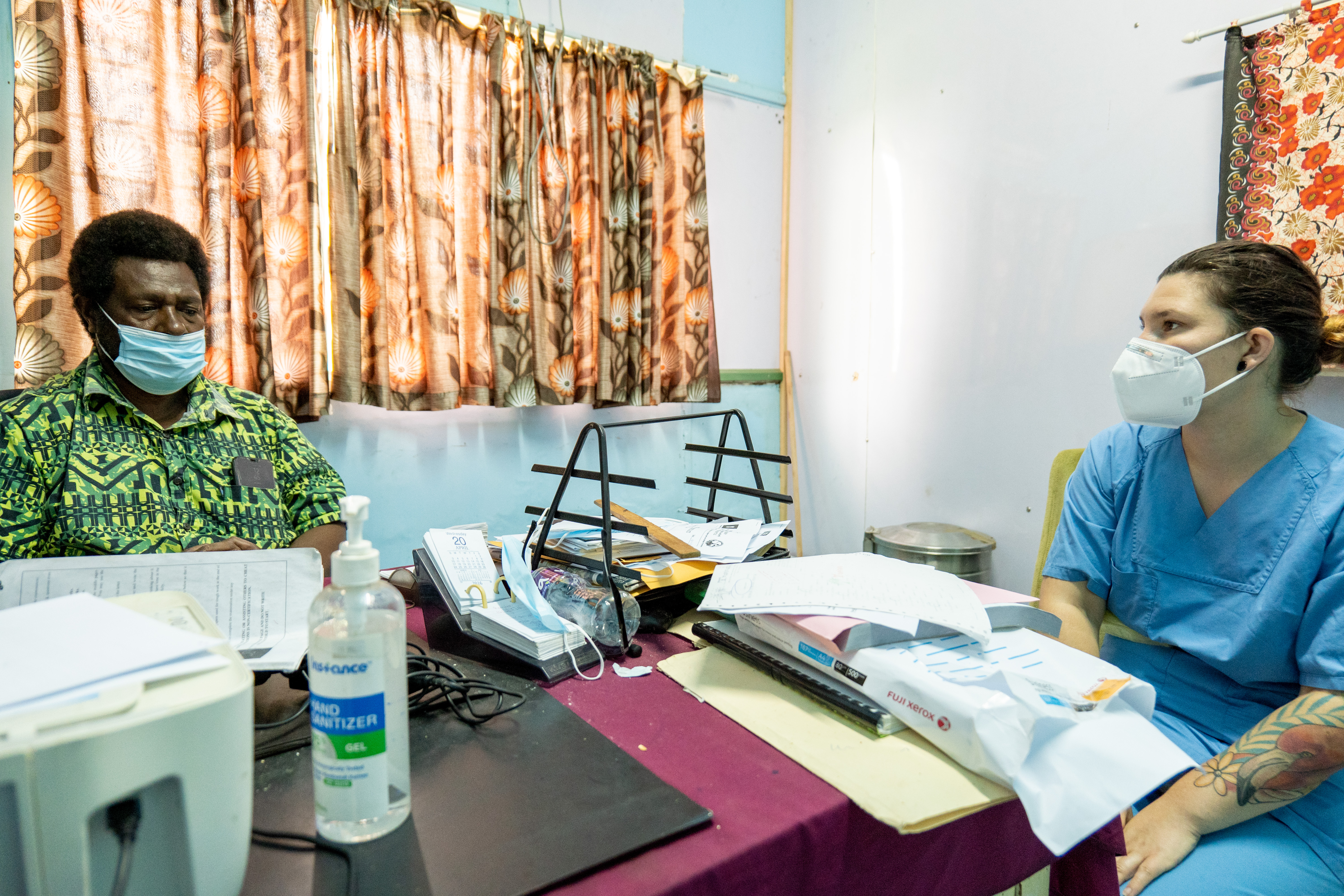 Medical Coordination Anna-Lena talking with one of the doctors of the Nonga-Hospital. Photo: Lotte Heinl/CADUS

Learning with and from each other 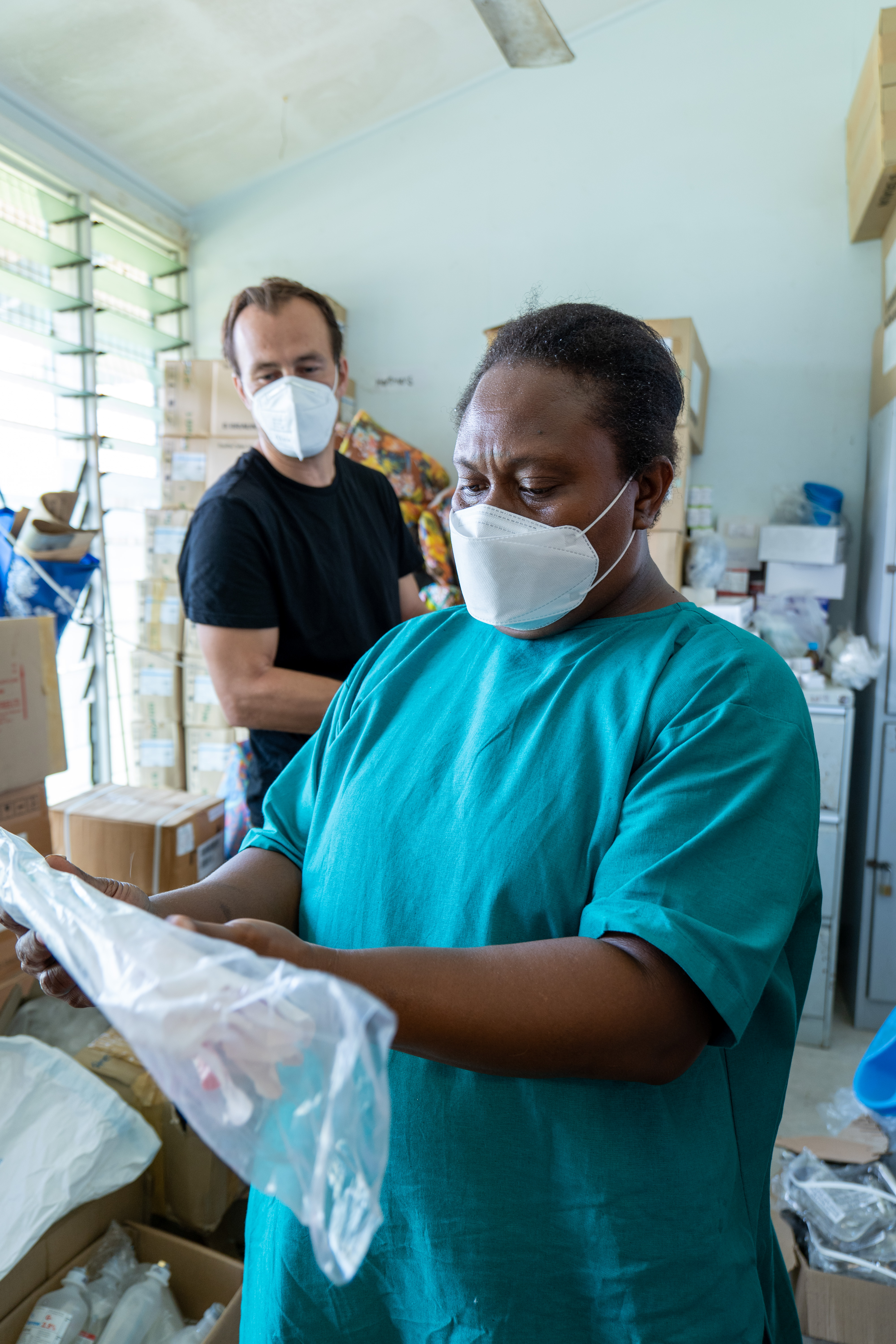 The medics' work has included a lot of training on personal protective equipment, general infection control and patient position.
The biggest success of the three weeks was the introduction of CPAP ventilators, which were available at Nonga Hospital but hardly used. Local colleagues were familiar with the theoretical operation of the machines, but no one had ever used the oxygen machine on a patient. Three doctors from our team converted the devices, gave intensive training on non-invasive ventilation of Corona patients and accompanied the use of the ventilators.
But the knowledge exchange was two-way: "We learned so much from our colleagues," reports Josephine, one of the doctors. "With the few resources available at Nonga Hospital, our local colleagues were very inventive and came up with smart new solutions."

Cooperation at eye level was the most important basis of our work. Photo: Lotte Heinl/CADUS

At the same time, there were some issues that our team could not address. The hospital and patients rely on family members to provide basic care and nutrition for the sick themselves. At least one family member also sleeps next to the bedside. Isolation of covid patients is thus impossible. "However, we could not touch this system at all. You can't change an entire society in three weeks on site. All we could do was insist on the importance of masks for infection prevention."

In the end, Anna-Lena says, the mission was even more sustainable than a mere relief force would have been: "We identified major structural problems and fixed them with the people on the ground. This has a long-term effect beyond our presence."

Solidarity as a solution

Unfortunately, supply bottlenecks and social problems remain major challenges, not only for Papua New Guinea. Social tensions are increasing worldwide, accelerated by the pandemic. Only a global strategy based on solidarity, with equitable distribution of protective masks, tests and vaccines with the lifting of patents, will lead to a socially acceptable approach to the Corona virus in the long term.