To get an idea of where our Trauma Stabilization Points (TSP) are needed the most and thus would be most effective, we first need to assess the infrastructure and current security situation of the area in question. This includes assessing the medical need within the population as well as supply situations like the availability of food, water, and energy.

Working closely with our partners of the Kurdish Red Crescent (KRC), the UN Health Cluster and the Health Committee Rojava, we determined two cities - Raqqa  or Deir ez-Zor - as potential new mission areas for the CADUS team.

The Situation in Raqqa

Roughly 70% of the city is destroyed. Currently, an estimated 250,000 people live there while more and more return to the city from the refugee camps in the surrounding areas. The biggest security threats are booby traps and landmines by the so-called Islamic State. Especially the Northern part of the city is littered with IEDs (Improvised Explosive Device). 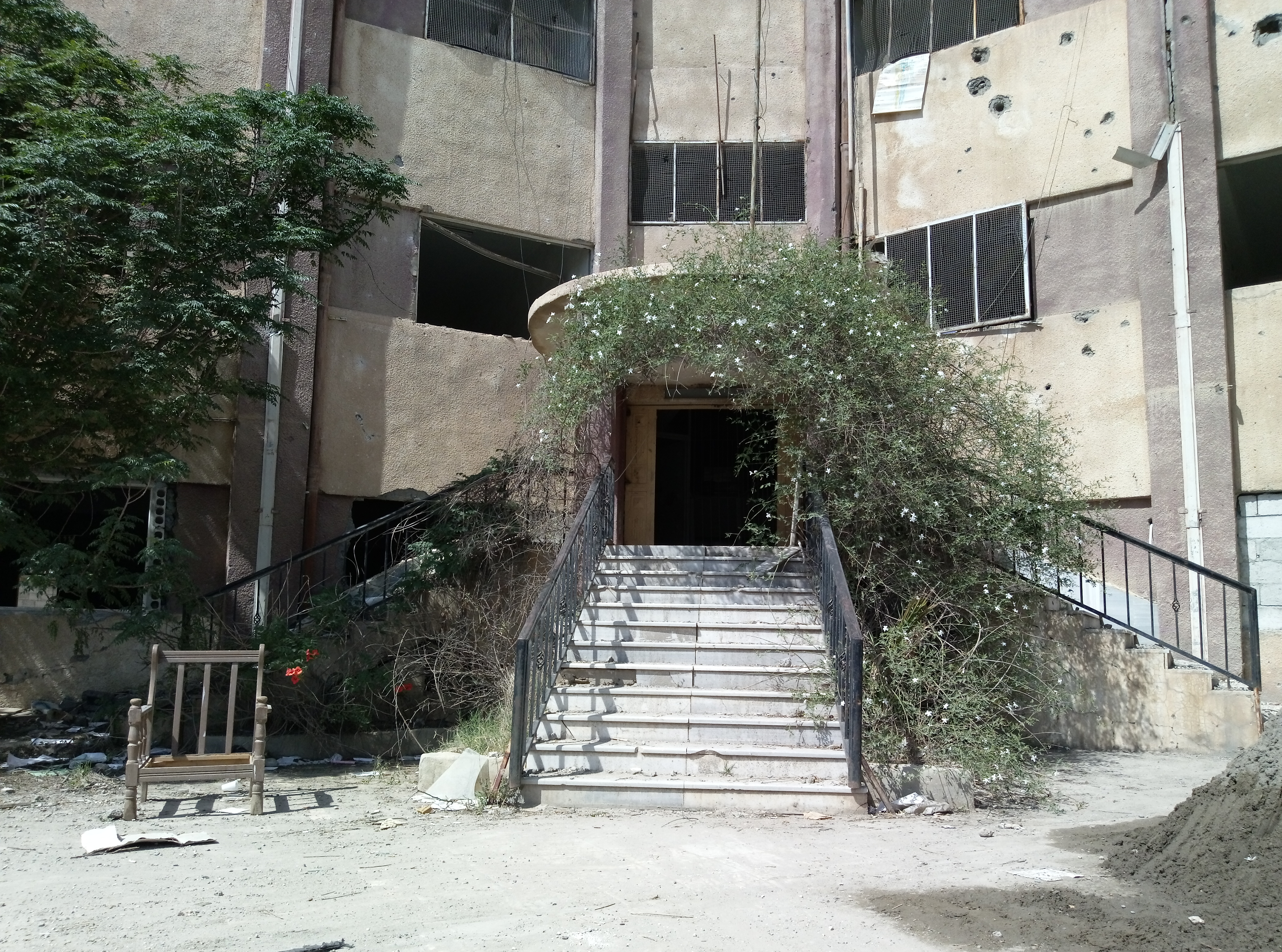 Entrance of the hospital in Raqqa, which is currently being rebuild by KRC and UPP. Photo: CADUS

At the moment, there is only one functional hospital. However, it is privately operated and patients have to pay before they get treated. The nearest surrounding hospitals are, at a minimum, a one hour drive outside of the city.

Luckily, the number of mine victims has decreased over the last couple months, leading organizations going to transform their trauma stabilization points to provide Emergency Primary Care (EPC). 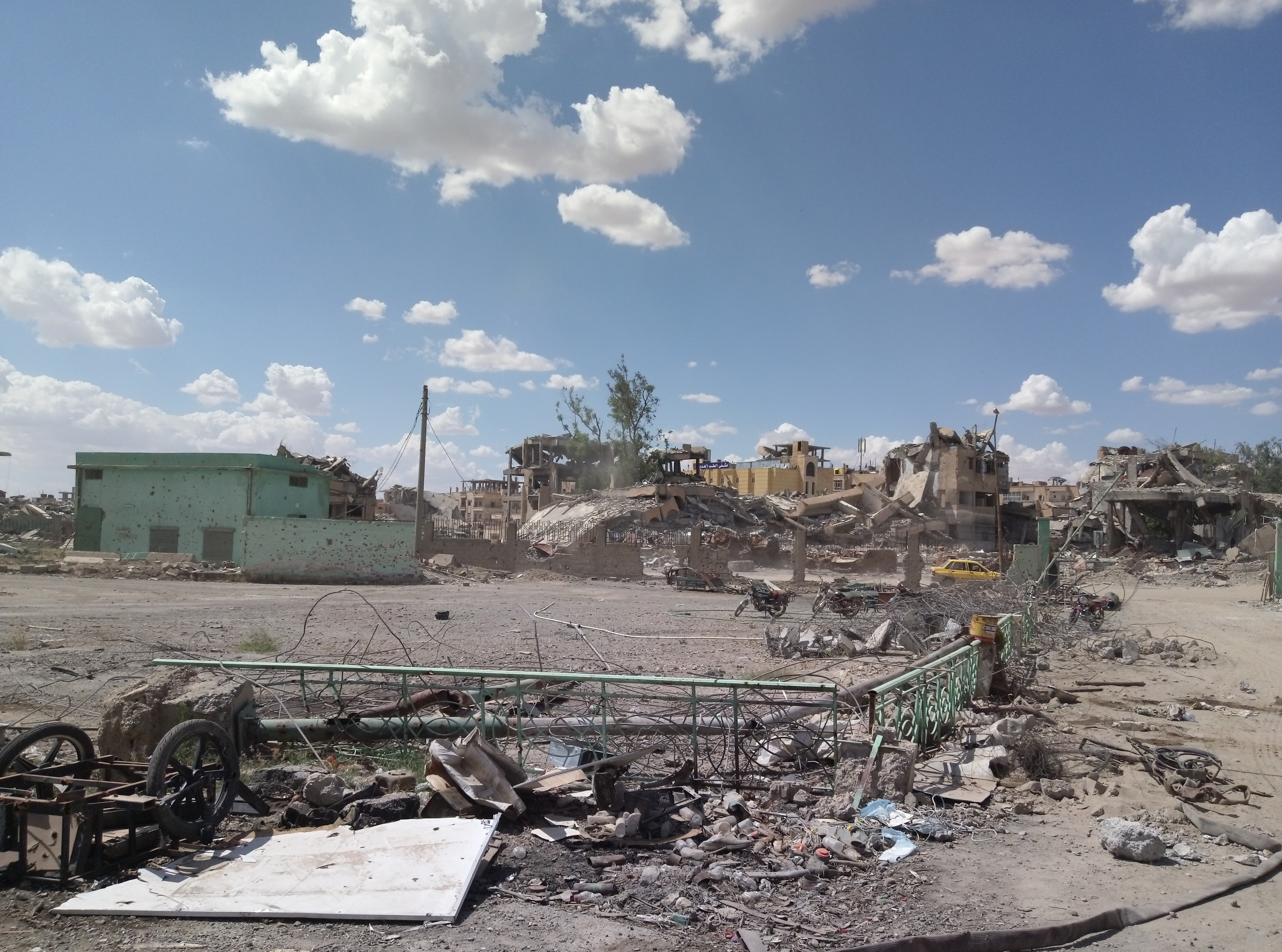 In the area surrounding the hospital, we see the extensive destruction of the city. Photo: CADUS

This means that they still maintain an emergency section for injured patients but the main focus lies on providing general medical care. The system seems to work very well. Fee was able to visit the EPC operated by KRC and UPP and was very impressed with what they had managed to set up within such a short time. With great equipment, they are able to care for over 300 patients a day. The CADUS team is looking forward to working together with KRC and UPP.

What’s still lacking is a blood bank and other basic prerequisites to perform emergency surgery and to provide subsequent intensive care. For CADUS, this means a mere TSP won’t be of much help in the Raqqa and we would need to shift our focus to providing more general medical care.

“Notwithstanding the current government or political system, medical primary and emergency care is always needed and after years of war, needs to be reestablished. That is what we are here to do!” - says Fee.

Where can we help most effectively? The situation in Deir ez-Zor

The second potential mission area is Deir ez-Zor, which, at the time, is the place of a military operation against IS, which is still controlling the area. 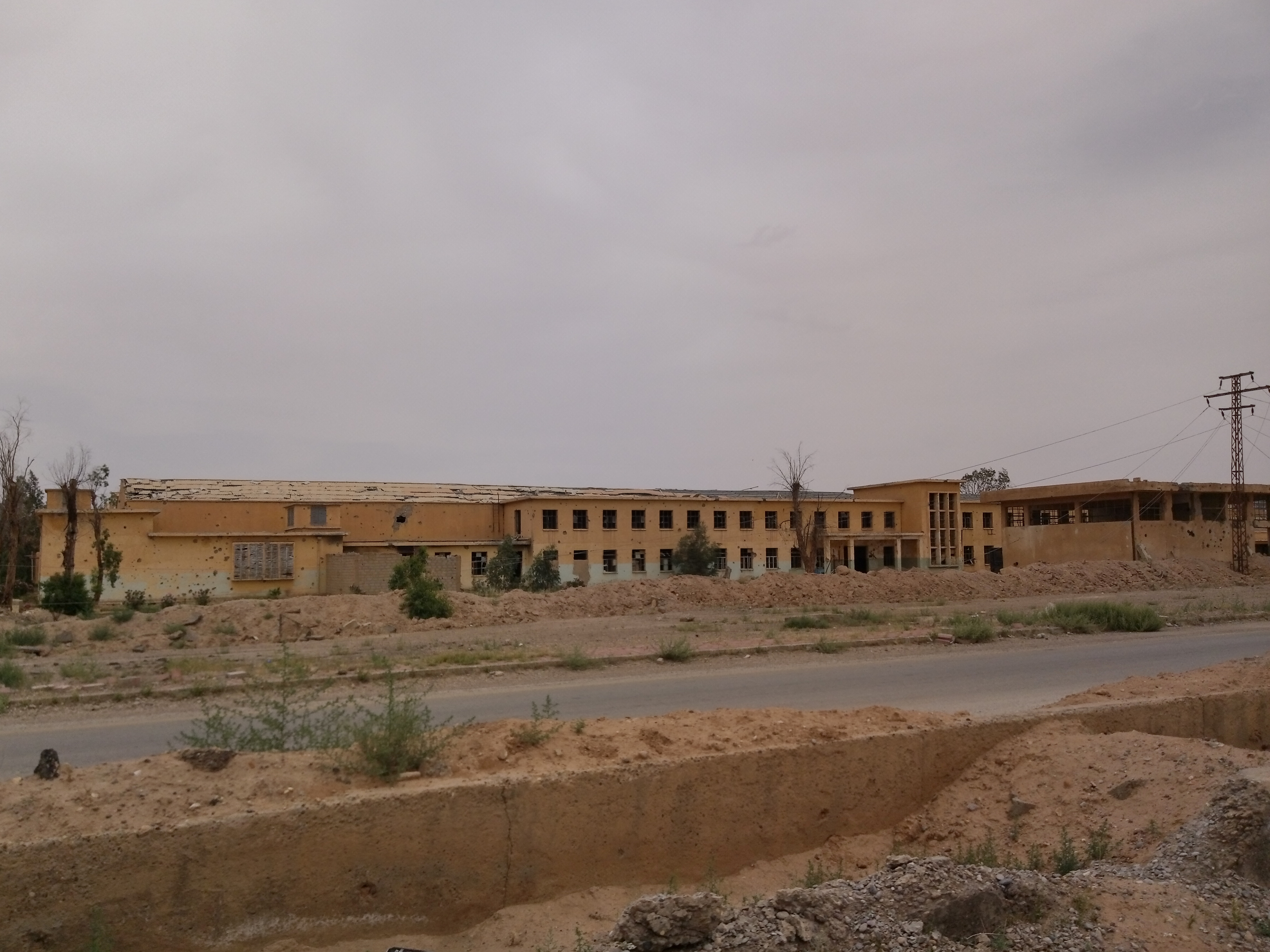 This building is representative of the desolate infrastructure in the area. Photo: CADUS

Roughly 1.6 million people live in the area, which is not counting the 400,000 Internally Displaced Persons (IDPs). Drinking water and energy supply is worse than in the area surrounding Raqqa and the nearest hospital is, at a minimum, a two-hour drive away. Medical care is a lot scarcer than in Raqqa and the need for emergency and primary care is respectively higher. Persisting combat operations regularly causes deaths and heavy injuries thus making installation of a TSP essential. 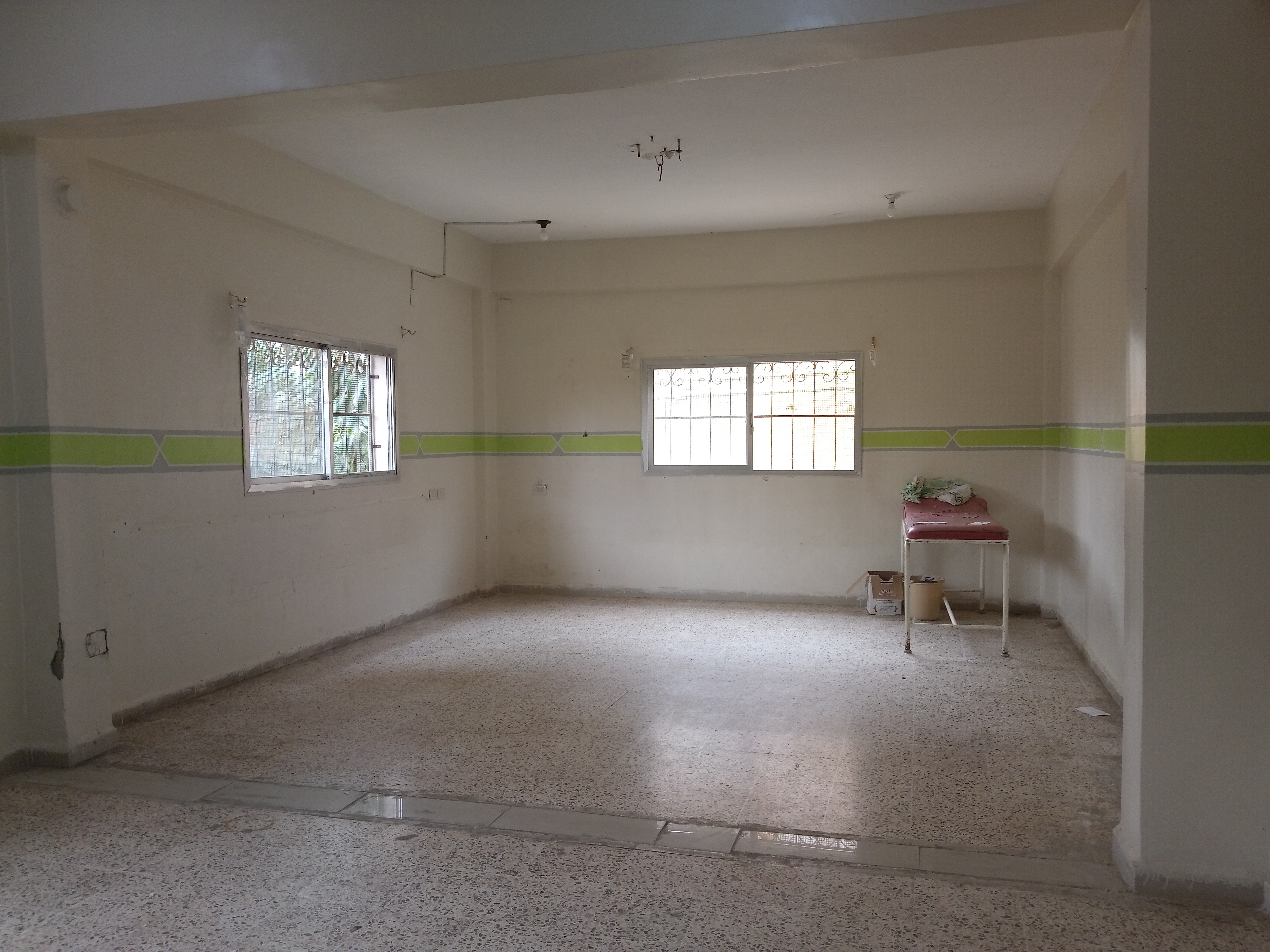 An emergency room in southern Deir ez-Zor. Except for some medication and this bed there is nothing else. Money for medical equipment is lacking. Photo: CADUS

Together with our partners in the areas, Fee will decide as quickly as possible where a CADUS mission would be most needed and how to best face the medical demand.

We already know that we will be increasingly dealing with cases of general medicine. Next to diarrhea and measles, we expect many cases of dehydration and malnourishment as well as untreated chronic conditions. We can only speculate about conditions of medical supply under IS, however, based on our experience in Iraq, we expect that the majority of the population has not seen a doctor for approximately four years. Under IS reign, drugs were only available at horrific prices like 200 $ for a pack of painkillers. With prices of 100 $ for 1 kilo of sugar, you get an idea of the nutrition situation in the area over the past couple years. Aggravating the situation even more is a lack of female doctors as many female patients - especially in the conservative areas around Raqqa and Deir ez-Zor - would rather die than be treated by a male physician.

Instruction of KRC members on the Mobile Hospital

Meanwhile, our new crew members are waiting in Erbil (Iraq) to cross the border ready to begin their work with CADUS. 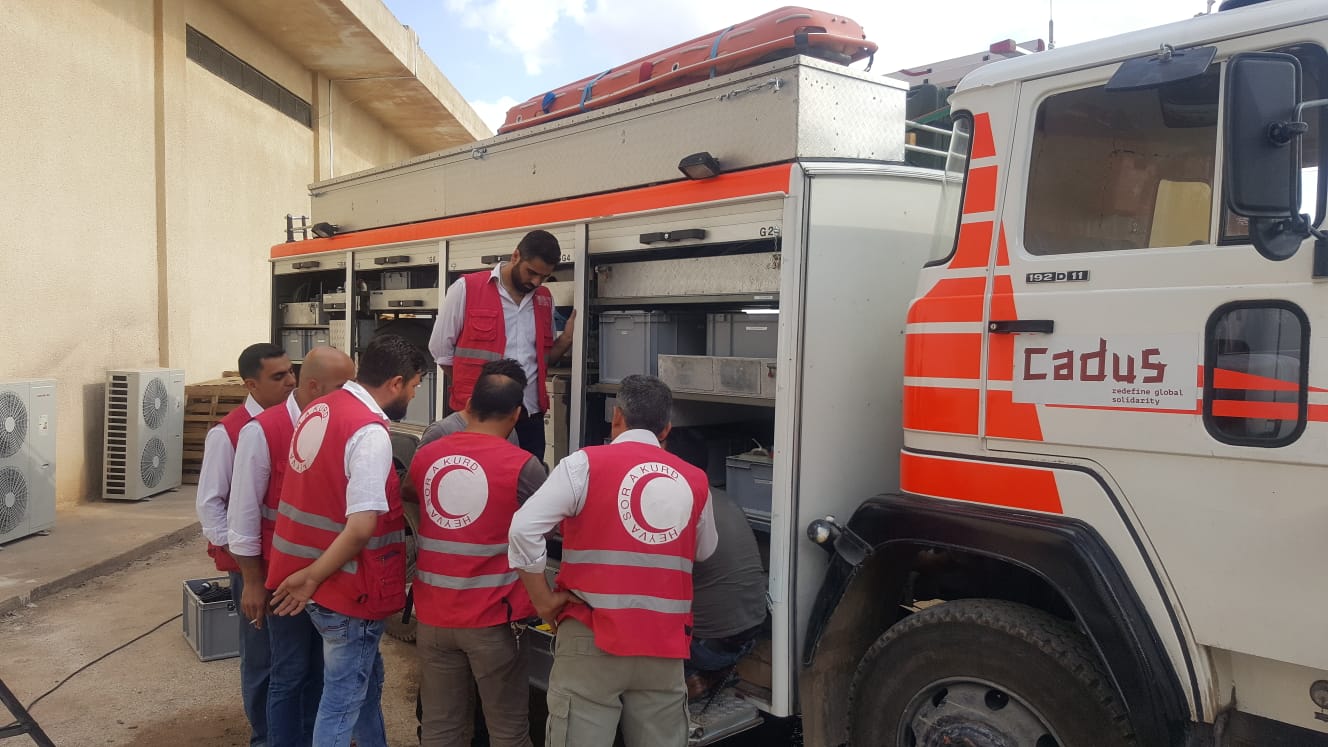 Training of KRC members to use the Mobile Hospital. Photo: CADUS