In the summer of 2017, the reconquest of Mosul made headlines worldwide. A humanitarian disaster was in full swing, when we arrived there with our teams. A retrospection with insights from our blog.

The Battle of Mosul – the Iraqi army, supported by US-led coalition forces, had begun recapturing the inofficial capital of the so-called Islamic State (IS) in Iraq. The campaign included massive aerial bombardments of the old city and house-to-house fighting. IS would shoot at fleeing civilians, use them as human shields, litter the city with booby traps and even shell rescuers. For the about 100.000 people who were remaining in Mosul, the situation was perilous. There was no medical care and the enduring siege of the city left its population starving. 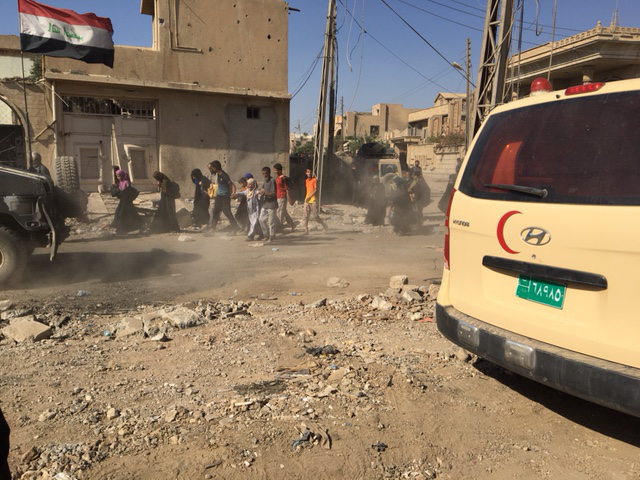 Inhabitants are fleeing from the constant shelling of the old city into the east of Mosul. Photo: CADUS

The way for our Mobile Hospital into Syria was blocked as the borders were closed, but we had the necessary personnel and supplies in order to provide aid to the people of Mosul. For this reason, we decided to set up a Trauma Stabilisation Point (TSP) in Iraq. TSPs are located in a short distance behind the frontlines and are the first place of refuge for injured persons. There, they are provided first aid and being stabilised to enable transportation into safe hospitals. This way, the patients' chances of survival are increased enormously.

During three weeks in Mosul in June/July 2017, we have treated hundreds of people. We helped elderly people and children, soldiers and IS fighters. There were cases of all kinds, from malnourishment, old injuries and broken bones to wounds caused by gunshots and explosions. Some, we sadly couldn't help anymore. It was a very hard time for our teams, physically as well as emotionally. Also, the mission in a warzone was anything but safe. It was a calculated risk, but one never to be underestimated in a situation where IS sleeper cells could strike even in areas declared „safe“ by the military before. But in the end, the joy of our crew members about being able to help hundreds prevailed. 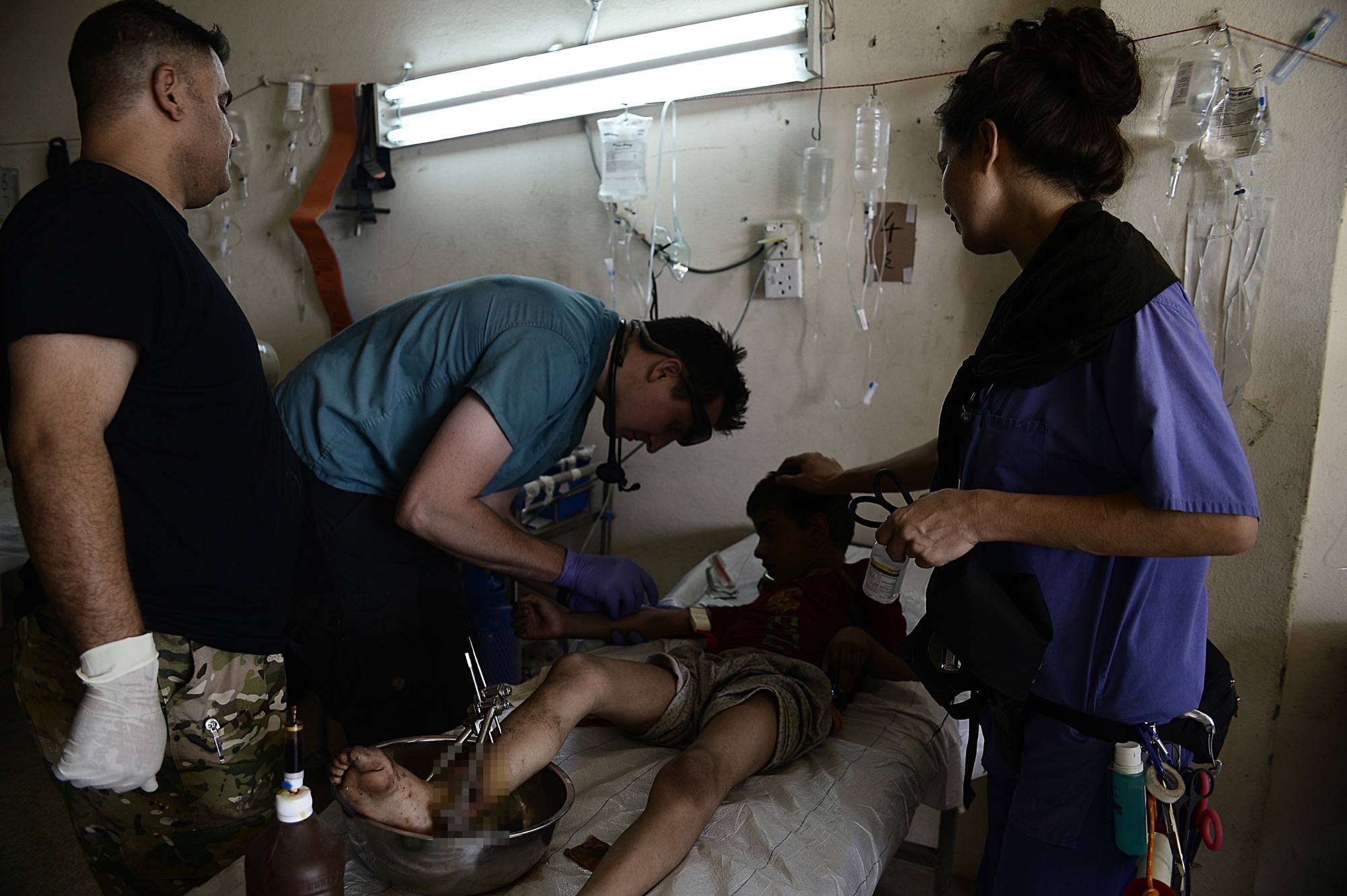 A little boy with a leg injury is being treated by Ryan and Elisa. Photo: Kenny Karpov

After the emergency response in Mosul, the mission continued in rural areas of Iraq – Anbar, Tal Afar and Hawija – until October. After years of undersupply under IS rule, the people there were in need of help badly. The inceasing tensions between the Iraqi central government and the Kurdish regional government in northern Iraq weren't exactly helpful either.

In spite of all dangers and obstacles, we still consider our mission in Iraq to be justified and important. We were able to help hundres of people at least for a moment, and we definitely saved many lives.

For our young organisation this mission was a turning point which challenged us and made us grow. Two things remain sure: 1. We will continue helping people in need and 2. war will always suck! 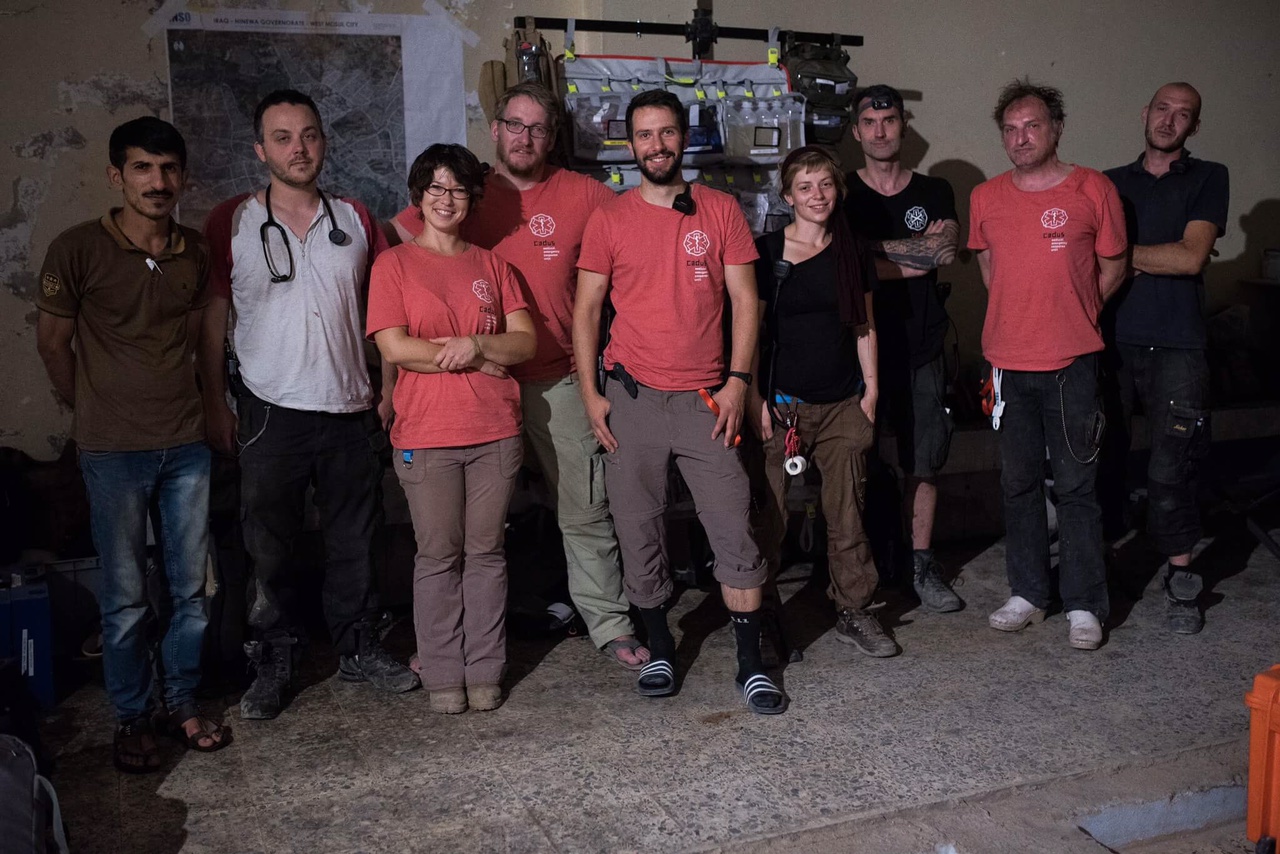 Our first team in Mosul, exhausted but happy. Photo: CADUS