The residents of the refugee camp Bajed Kandala, northern Iraq, are cleaning their neighborhood. Many of them have been around for a long time and will probably stay for a long time as well. © Christoph Löffler

The defeated IS - is this really the end?

The Islamic State (IS) is defeated, that´s what you can read everywhere right now. With a lot of sacrifice, the people of Iraq and Syria have managed to disempower the terrorist organization. As joyous as the news is in the face of the IS's atrocities, it should not hide the fact that the region is facing massive problems. And that the danger is not banished.


Combat operations against ISIS have ended

A fortnight ago, the self-proclaimed Islamic State's caliphate in Syria has become history. In Iraq as well as in Syria, ISIS is no longer in control of noteworthy territory, and its wield of power over people and regions has virtually ended. The loss of territorial reign ends a bloody chapter in the history of this highly adaptive organisation. Upcoming months and years will reveal whether the already-declared victory can secure enduring peace, or whether it is merely the starting point in a new phase of turmoil. Despite the proclamations almost unanimously issued these days: "The" Islamic State has not yet been defeated by any means.

The long-term consequences and effects can only be guessed vaguely. It is obvious that without territory, there is no caliphate. But ISIS and its predecessors have been at this point before several times in history. The organisation reacted to massive military pressure by withdrawing to the underground and forming sleeper cells that would wait for their next opportunity to strike. Moreover, it has cleverly leveraged social grievances for its goals, a fact that will prove critical for the next phase of conflict. 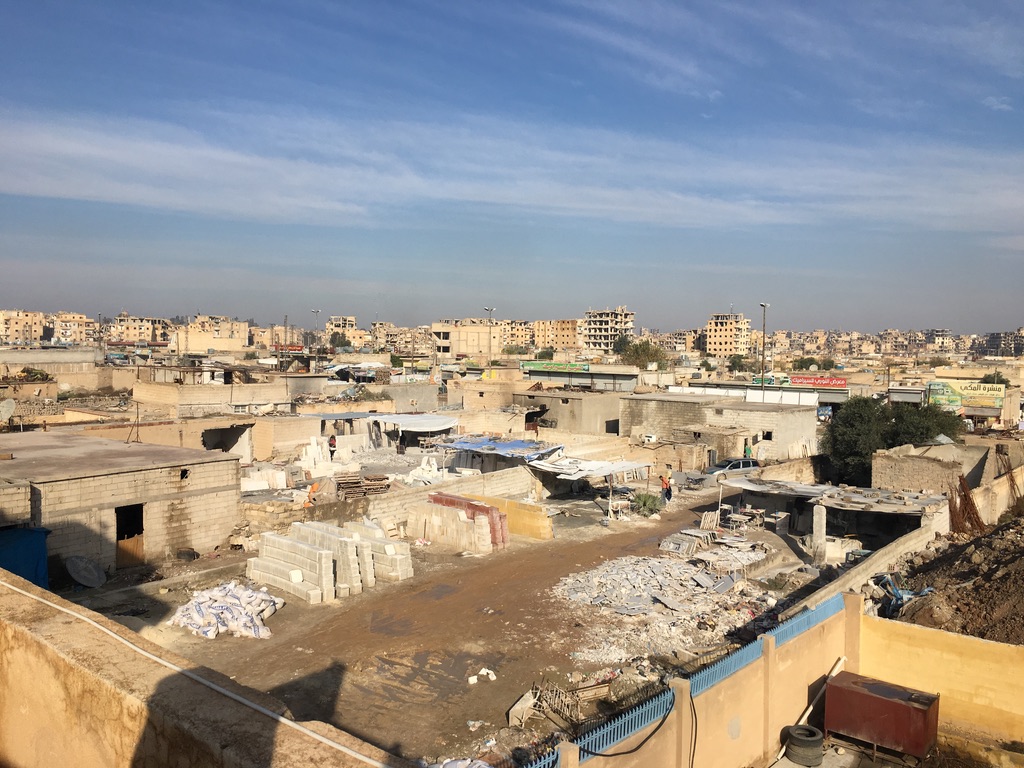 A view over the city of Raqqa. For five years it was the self-proclaimed capital of the IS, but today there is a normal civil live growing. ©CADUS

The root causes that led to the almost raid-and-conquer style capture of a territory twice the size of Lower Saxony have not been resolved; civil war in Syria is entering the eighth year, politics in Iraq are still dominated by ethnic-religious antagonisms, and the humanitarian situation of hundreds of thousands of refugees in both countries remains uncertain. All these are factors that have enabled the jihadist organisation's survival in the past.

The end of this cruel regime has brought liberation to hundreds of thousands. It is the end of an attempt at using brutal violence to conquer and enslave fellow humans, and to subdue them to a social system that considers itself superior to any principle of human coexistence. It is over, and that comes as a relief – even though the fate of thousands of Yazidi men and women remains unknown, and hundreds of thousands are forced to live their life on the run or in camps far from their dwellings.

AQI, ISI, the Caliphate - From insurrection to state, and back?

When ISIS first assumed power as a state-like organisation in the summer of 2014, it was neither the beginning nor the end of the project "Islamic State". If anything, the long years of power over almost 7 million people merely mark a sad climax. Initially just one of the many Sunnite insurrectionist groups that had formed after the invasion of the US Coalition into Iraq in 2003, Al-Qaida's local branch quickly developed into one of the most brutal terrorist organisations in the region. Assaults on Shiite sacred sites, executions of foreign journalists to gain public attention, and war against the coalition and Iraqi forces have been in the organisation's brand DNA since the beginning. As early as 2007/2008, the organisation began to impose its rules upon public life. Local Sunni tribes and militia succeeded to re-pacify the retreats of what was now called the "Islamic State in Iraq" (ISI), and it appeared the organisation had been defeated. Until the outbreak of civil war in Syria, strategically staged assassinations, kidnapping for ransom and the establishment of a shadow regime next to the official structures made the ISI look like a mafia that could be fought with regular police methods.

But the organisation took advantage of the power vacuum in large parts of eastern Syria to reinvent itself again. Through strategic alliances with other jihadist militia in Syria, the Al-Nusra Front, Syrian branch of the Iraqi mother organisation, accomplished gains in partisans, supplies and presentable success. The cities of Rakka, Ain Issa, Tabqa and Al-Bab were violently ridded of other rebel groups and became the laboratory for a new project: an Islamic caliphate originated in Syria and Iraq. An ardent conflict within these two organisations resulted in the assumption of power in Northern Syria through the Iraqi organisation, followed by a quick conquest of extensive parts of Western Iraq, and finally led to the proclamation of the caliphate in June 2014.
Modern weapon technology seized from Iraqi garrisons and the Syrian army, as well as almost half a billion dollars in gold and cash taken from the central bank at Mossul, enabled the self-proclaimed caliphate to consolidate and expand quickly. Iraq's largest cities alongside the jihadist-controlled Mossul, Bagdad and Erbil were already out of range for the mortars, their respective town centres being some 30 kilometres from the combat lines. The Iraqi army and parts of the government were falling apart, and the international community was taken by surprise by the advance of a hostile group whose 2.000 to 3.000 fighters they had considered easily vanquished until July 2014.

It was only with great delay that the organisation and its murderous ideology came into the focus of European and German politics. Now that the battle appears to be won once again, to remain alert will prove more important than ever. ISIS, ISI, Al-Qaida in Iraq… they have been proclaimed defeated multiple times. Yet they have always come back, renewed, and with greater brutality.
To fight terrorism effectively or to conduct strategic analyses of terrorist organisations is not among the mandates of CADUS. Our objective is to change life for the better for people in regions that are so exposed to danger and emergency that almost no-one else will offer any help. 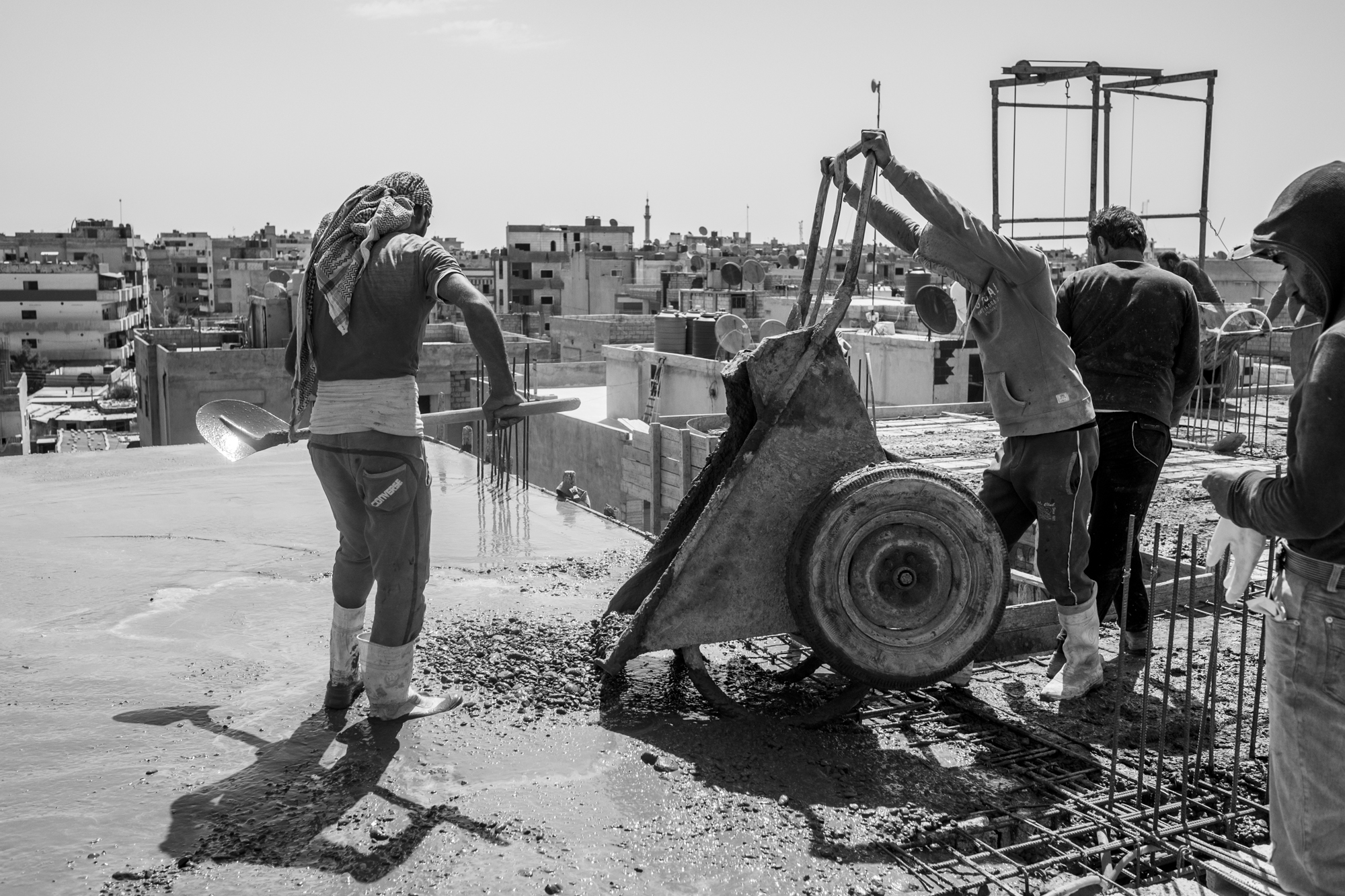 We will stay to support

To fight terrorism effectively or to conduct strategic analyses of terrorist organisations is not among the mandates of CADUS. Our objective is to change life for the better for people in regions that are so exposed to danger and emergency that almost no-one else will offer any help. Therefore it is crucial for us to research the causes and consequences, and to obtain a long-term perspective for our projects, even more so in volatile regions like Iraq and Syria. Medical institutions have been destroyed in the course of the re-conquest. Bombings and artillery fire have turned entire cities into Mars landscapes even where war has ceased two years ago. Hundreds of thousands are biding their time in camps or have fled to other parts of the country with only vague hopes to ever return.

Thus we have plenty of reasons to stay in the region and to support the local communities through medical emergency care as well as in the scope of long-term development and training projects. Instead of mere talk, we make our contribution on site to enforce the basic human right to medical care. We do so without discriminating between Sunni Kurds, Christian Iraqi or Shiite Turkmen. And, yes, we also provide medical care to the family members of alleged IS fighters who have just fled from the last village on the Euphrates shore by the thousands. Whilst the latter may not be an opportune gesture these days, providing non-partisan help is a core element of our philosophy which corresponds with the attitude of many of those who have spent the last four years in Syria fighting back ISIS village by village, region by region, and with great sacrifice: the democratic forces of Syria. Quite to the contrary to what you may hear in the hallways of certain ministries in Berlin: it was them, and not Germany, who have made the greatest contribution to the military victory.

Mosul two years after "liberation from ISIS" - an evaluation

The reconquest of the Iraqi city of Mosul and thus our medical mission in the west of the city came to an end just over...

Berlin based relief organisation CADUS e.V. is supporting the construction of a field hospital in the al-Hawl refugee...

For the last two years, our clinic in Raqqa was a little but successful project which never got the attention it...