The rules applie even when packing collectively: keep your distance and protect yourself and others. ©CADUS

At the CADUS Crisis Response Makerspace, where normally sawdust flies and welders flash, since two days there are many boxes and cartons with plastic head bands and foils. These parts are parts of face shields that are distributed from here to medical facilities with respective needs since 10th of April.

Protective equipment, which is necessary in the COVID19 crisis to keep essential medical facilities running, is in short supply. Currently,medical personnel isoften forced to reuse respirators that areonly intended for single use. Face shields can be of additional help here as splash guards.

CADUS logistically supports a large network of organizations in Brandenburg and Berlin, which organizes the production offace shields and constantly improves the procedures in mutual exchange. In the spirit of the Open Source idea, the model can be continuously developed further and also produced and offered in other regions. Within a few days, a decentralized production and design network was created: from 3D design, material procurement, decentralized production from 3D printers and laser cutters distributed in households and open workshops, to distribution to hospitals, doctors' practices or nursing stations. In the meantime, a company in Saxony has added industrial injection moulding to the production process, which has massively increased the number of producible face shields. Several thousand faceshields have already been distributed from the network, and the distribution of the next 12,000 is now in process. 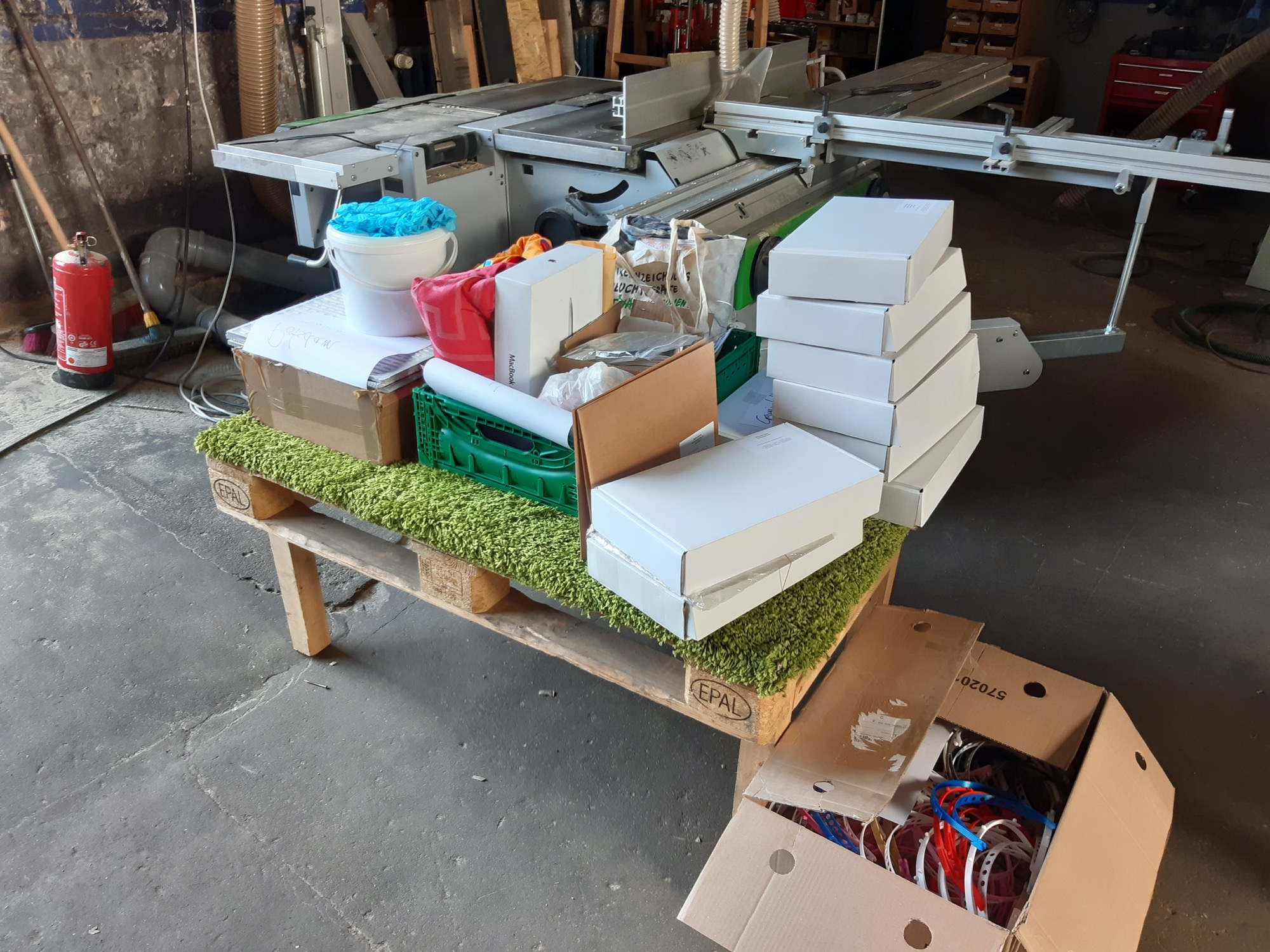 A small part of our packing line at our makerspace. ©CADUS

The initiative started two weeks ago at several locations in Brandenburg: members of Verstehbahnhof (Fürstenberg), Wissenschaftsladen Potsdam e.V. and Offene Werkstatt in Spremberg started to reprint the internationally developed face shields. The starting point was a prototype from the Netherlands, which was published as Open Hardware, and was adapted step by step. After the initiation by the workshops, the idea of decentralized production spread through the network of Open Workshops Brandenburg, whereby further workshops in Brandenburg a.d. Havel, Cottbus, Lübbenau and Berlin also started production.

The situation reveals the weaknesses of the previous system. While regular supply chains have collapsed and industry is not adapting quickly enough to the new situationof COVID19, decentralized workshops and individuals are stepping into close the supply gap. However, state subsidies are aimed exclusively at established economic structures, although they obviously cannot act fast enough to meet the acute need for protection and overcome the crisis. In the FaceShield initiative, all those involved work on a voluntary basis, so far without state support - the material is financed by donations.

Medical institutions can register their need for face shields for the Berlin areawith us via bedarf@masken.berlin.

When the pandemic really started, we at CADUS were faced with a situation that was unusual for our circumstances: a...

For most of us war is something abstract, something that happens to other people far away from us. But the people in...