Year after year - The water crisis in northeastern Syria.

While parts of Germany have been hit by massive rain floods in recent weeks and are now facing the consequences of this destructive force, an opposite catastrophe has been unfolding in northeastern Syria in recent months - water is more than scarce and countless people have been cut off from their electricity and drinking water supplies.

The problem is not a new one: Back in November 2019, there were problems with the Alouk water station, which supplies drinking water to around one million people in northeastern Syria. Ever since a Turkish military operation, Alouk has been under Turkish control. Back then, damage occurred during the fighting, causing the pumping station to fail for several days and cutting off half a million people off from their water supply. Only the increased use of water tankers and strict rationing prevented a disaster in the fall of 2019.

After months of limited function, a few weeks ago the system malfunctioned again and technicians* were only granted limited access to the pumping station, leaving important maintenance and repairs on hold. As a dramatic consequence, the reservoir supplied by Alouk reached its "dead level" - the lowest water level that makes further operation impossible. Two other water stations in the region are equally empty and therefore unable to function. 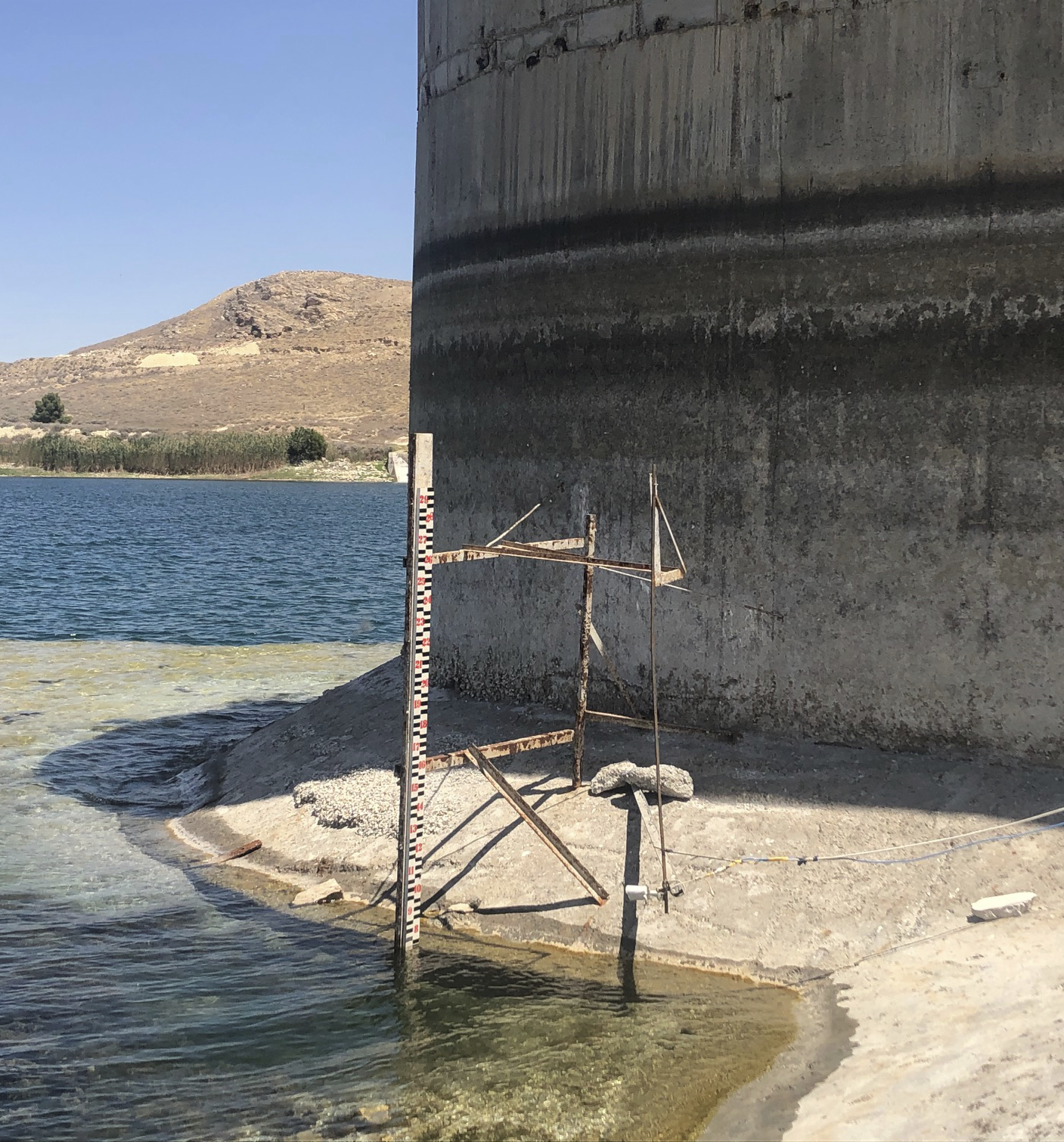 The current water level at Tishrin Dam. You can see how high the water normally is there by the dark lines in the concrete wall. Image: NES Forum

This not only has a major impact on the 460,000 local people, who mainly get their drinking water from Alouk - 500,000 more people supplied by water trucks from the stations, including 6 IDP camps, depend on water from the pumping station.

Water shortage is a catalyst for diseases

However, the lack of drinking water is not the only problem - various health care facilities also lack clean water. The communities have no choice but to buy private water at horrendous prices or to resort to unsafe water sources. However, these unsafe sources are often contaminated; in northeastern Syria, cases of acute diarrheal diseases increased by 133% in the last six months. This figure is particularly concerning given the lack of medical care in many areas. 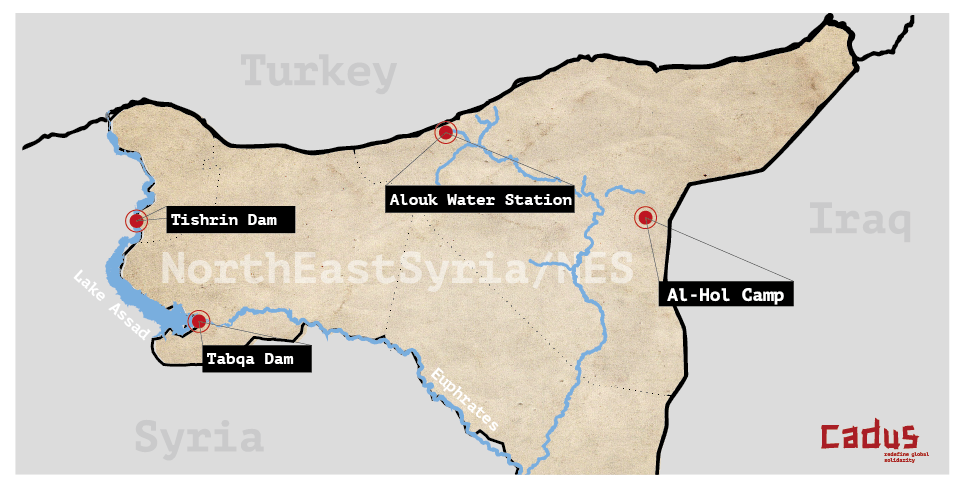 The map shows the two partially closed dams upstream and downstream of Lake Assad and the Alouk pumping station on the Syrian-Turkish border. Image: CADUS

The consequence: electricity is becoming scarce as well

Low water levels in the Euphrates River, the country's largest river and lifeline, also led to the partial closure of two other dams (Tishrin and Tabqa) in May, causing power outages throughout northeastern Syria. The closure of these two dams has had an immense impact on the lives of the population, as the shortage of drinking water is compounded by the loss of the main electricity supply for 3 million people. Even households that depend on electricity can no longer tap water because the 200 or so water stations are powered by electricity. Farmers in Raqqa, Deir-ez-Zor and parts of Aleppo are losing their income and thus their livelihoods. Hospitals must rely on generators to continue providing vital medical care. 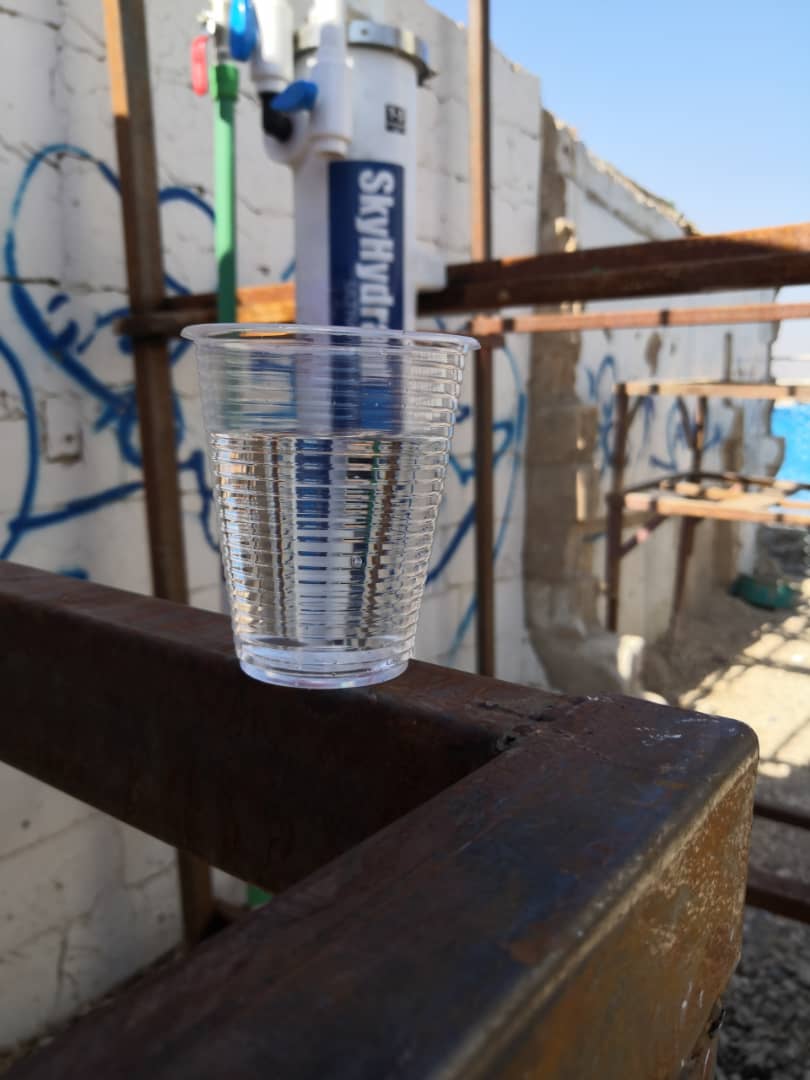 This state of affairs is difficult for us to imagine. Hardly anyone in Germany thinks about where our water comes from and how much of it we consume. For us, it's natural to be able to wash our hands regularly, to have drinking water from the tap at any time and to take longer showers in summer - a dream for the people in Syria. They have to be satisfied with scarce water rations in scalding heat, have to cook and wash with it as well, even at night the temperatures rarely drop below 30 degrees. It is not possible to simply refresh yourself and let the tap run longer, because every wasted drop could mean not having enough water left at the end of the day.

Given the global climate crisis, situations like this are more likely to become more frequent in the future, creating more and more potential for conflict in the Middle East. In surrounding countries such as Iraq, Iran and Lebanon, people have been protesting violently for weeks against the lack of water and the sometimes all-day power cuts. There is even a risk that the supply will collapse completely in some places. As long as water becomes scarcer, the already smoldering hotbeds of conflict will continue to catch fire.