A group of People on the Move in the forest. Photo by Grupa Granica

Intervention in the humanitarian crisis at the Polish-Belarusian border

Since September 2021, a humanitarian crisis takes place at the Polish-Belarusian border. In support of local structures that are tirelessly working to protect the lives and the rights of People on the Move, CADUS offers humanitarian assistance

The Belarusian regime exploits the prevailing anti-migration sentiment and racism in Europe against refugees to exert political pressure on the European Union and to take revenge for the sanctions it has imposed. People on the Move are forcibly pushed across the Polish border from Belarus, where they are then often pushed back with similar violence.

The measures implemented by the Polish government to stop the migration are drastic: declaration of a state of emergency, establishment of a restricted/red zone up to three kilometers inland from the border, and militarization of that zone. Hardly anyone apart from residents, not even humanitarian organizations, is allowed to enter the zone. The few journalists that get permission are hand-picked by the border authorities. Further inland, at police checkpoints, cars are stopped and searched for People on the Move who might have made it through the red zone.

Local initiatives like Grupa Granica are closely monitoring the situation (see their in-depth report here). According to the initiative, People on the Move have been deliberately put in life- and health-threatening situations. They’ve been denied access to water, food, medical care and other forms of basic assistance. They are stuck in Europe’s oldest and almost impassable primeval forest, and are now hit with a severe winter arriving. Some of them have been stuck in this situation for weeks, being pushed back and  allowed to enter neither Poland nor Belarus. 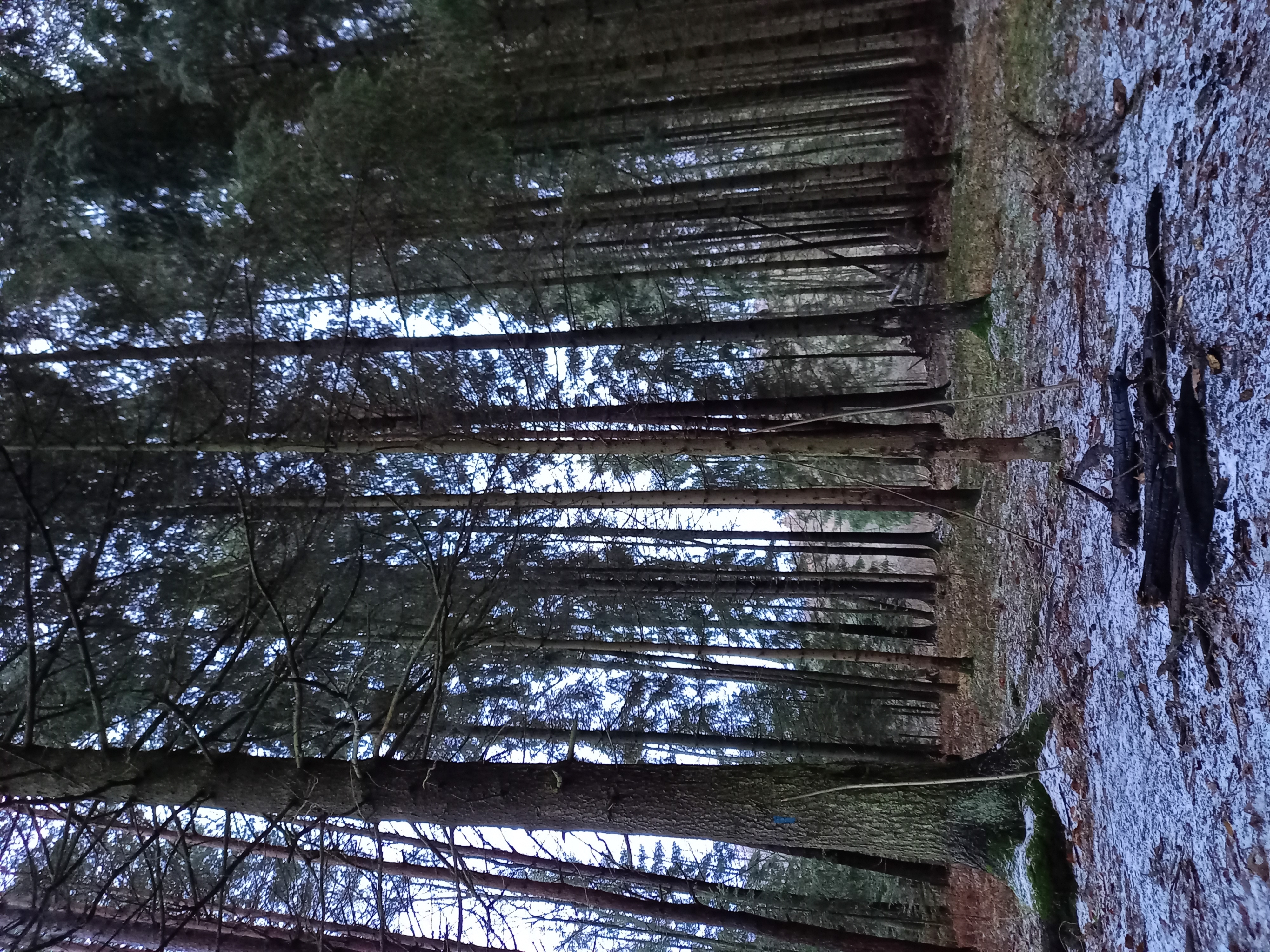 Many of the People on the Move come from war-torn places. Seeking protection in the European Union is their basic human right.
But they are pushed back regardless, unless they get support by lawyers, politicians, or the media before coming in contact with the border authorities. Their right to apply for asylum is violated by making the claim impossible unless they receive assistance by local initiatives. Otherwise, they are pushed back across the border to Belarus, where they are likewise violently stopped in case they attempt to return home. During this ordeal, beatings, theft and desctruction of their property is common.

Looking for people who need help, we find many of these abandoned camps in the forest. Photo: CADUS

Testimonies, recorded by activists of Grupa Granica, illustrate what those stuck in the forest at the border experience. Alan from Syria tells them:

“We were subjected to intense beating from the Belarusian forces. They used steel shovels to beat us. We could not move afterwards, our ribs got broken. We could not stand up on our feet due to all the violence.” And he witnessed more violence: “They used dogs to attack us, that tore our clothes and bit us.”

According to Grupa Granica, Polish medical services confirm that they see multiple injuries and cases of hypothermia, a life-threatening drop of the body temperature, when they treat people coming from the forest.

And Mel, likewise from Syria, recounts: “The Polish army forced me to jump into the river. I told them I do not know how to swim. He pointed his weapon towards me, and he pushed me into the river. It was very cold.”

The initiative Grupa Granica provides warm soup, dry socks, basic provisions and thermal blankets to the people stuck in the forest. The group organizes legal assistance for those who want to apply for asylum in
Poland.  They also go looking for those who have gone missing.  A number of deaths in the area have been reported already. 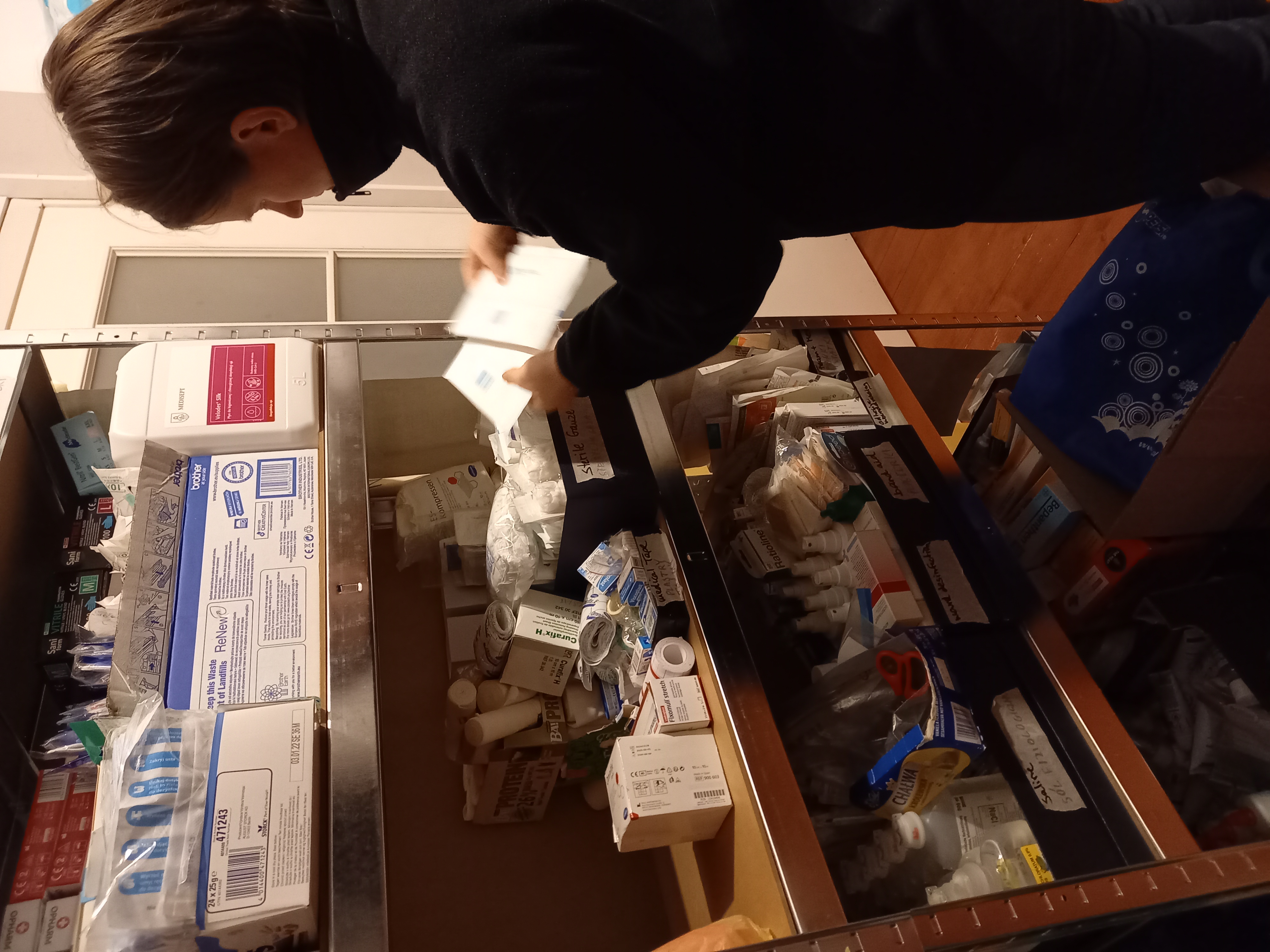 At CADUS, we started supporting the local structures by talking to them about their needs regarding medical and communication equipment, and collected the relevant materials. When the Christmas holidays approached, a new need was communicated to us: medics! Thanks to our well prepared and spontaneous volunteers, we were able to send a small team immediately. Our doctor Josephine is on call at all times in case a medical need is communicated via the local alarm phone. If a call comes in, she accompanies the activist group to provide basic medical care. After her first mission into the forest, she was worried about the very cold nights with temperatures of around -10 °C.

We are glad that we can contribute towards the local support structure. Nevertheless, a change of the situation is urgently needed: medical and humanitarian organizations have to be allowed to operate in the red zone.

The rights and dignity of People on the Move have to be respected and upheld by all parties involved. The commitment of local residents and activists is impressive. However, it is crucial that all authorities involved act according to their legal obligations and responsibilities. The European Union has to take action following the statement of many of its communities: we have space!