Lifeboats instead of warships! - Sea-Watch and CADUS launch new speedboat in Berlin.

The NGOs Sea-Watch and CADUS announced their latest cooperation by launching their new lifeboat named „H.E. Thomsen" in Berlin today. Godfather of the boat is Syrian YouTube Star Firas Alshater. The project managers sharply criticised the current performance of both the EU and NATO mission in front of the Greek islands.

„Escape Aid is not a crime", Sebastian Jünemann, project manager at CADUS, states. „The joint operation of Sea-Watch and CADUS combines forces and enables us to use resulting synergies. We are able to adapt flexibly to different situations, for example changing refugee routes." Speaker of Sea-Watch Ruben Neugebauer adds: „The boat leaves for Lesbos today, where we start our joint mission. If only a few or no refugees arrive at the island anymore, we relocate the mission and go where help is most needed." 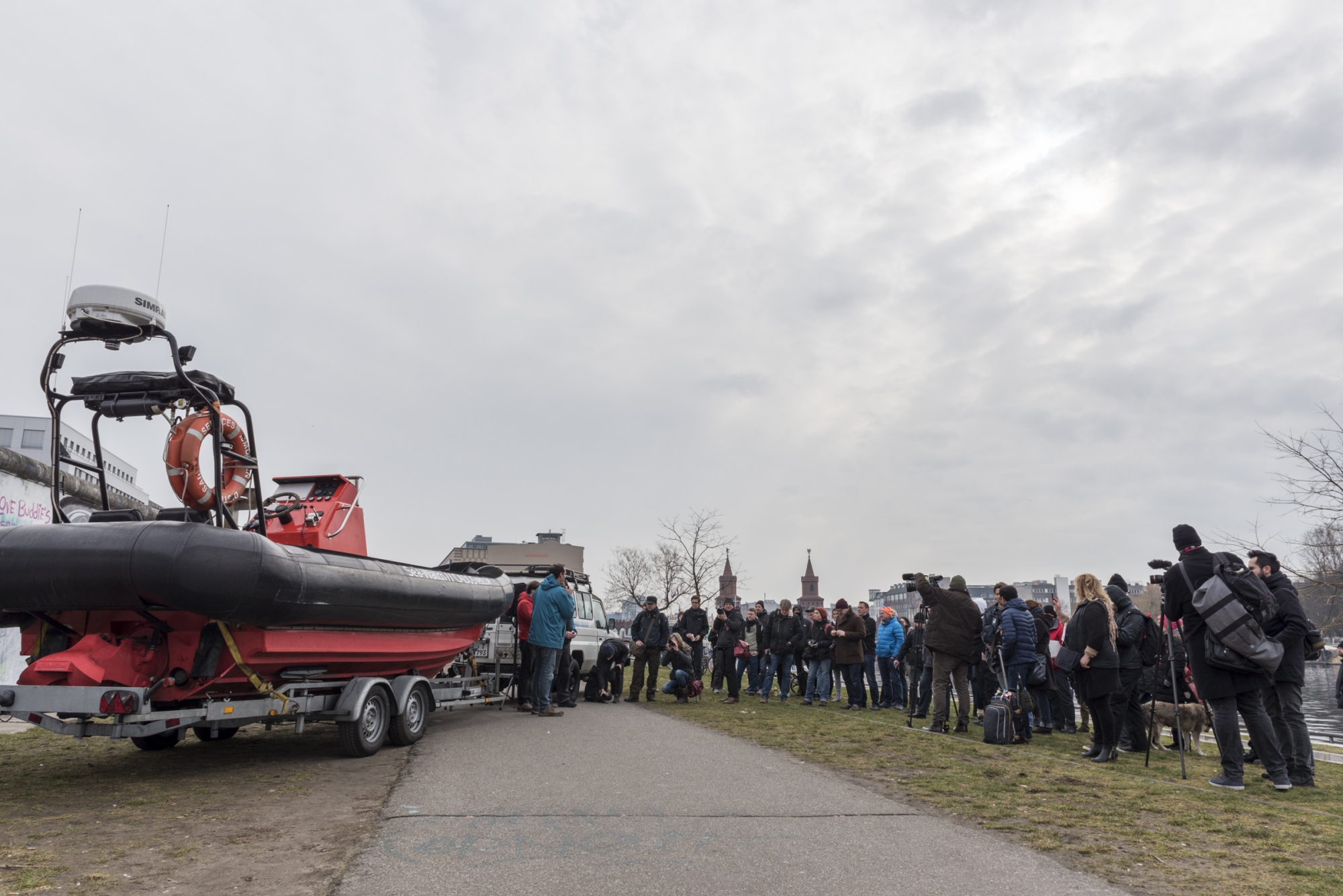 Both NGOs emphasize their critique of the current political developments. The current NATO mission and EU measures are only leading to further deaths in the Aegean Sea, making the job of the sea rescuers even harder.
„It's unrealistic to believe that foreclosure measures like the now starting NATO mission in the Aegean Sea will limit the number of refugees. People are fleeing from war, bombs and terror – not least due to a „wait-and-see" policy uncovering the immense failure of the EU. In Turkey, where the southeast itself is partially dominated by civil-war-like conditions, many refugees have no perspectives at all. Their only choice is to flee again. They won't be stopped by the NATO," Jünemann explains. 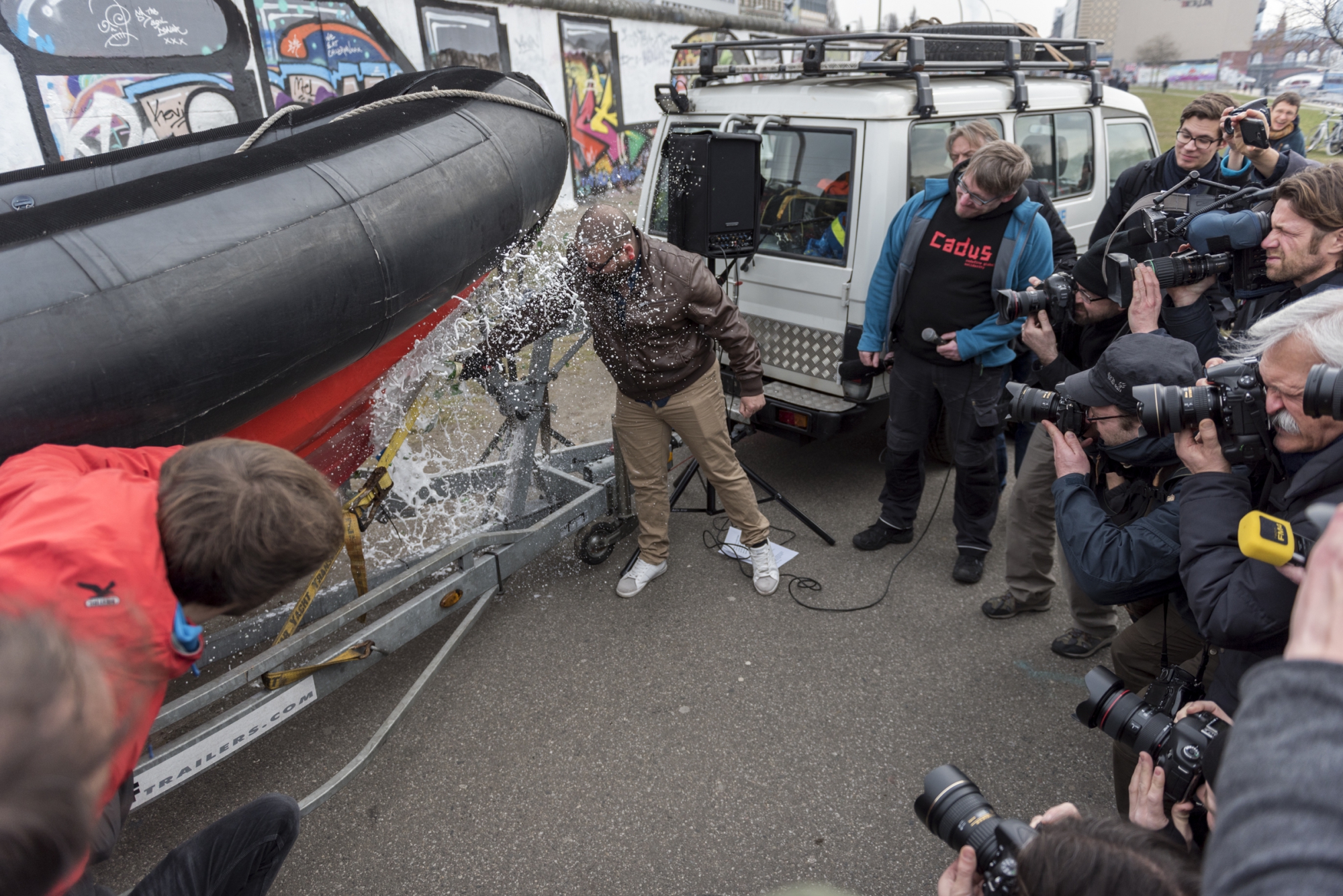 The new lifeboat is named „H.E. Thomsen" after Henry and Ellen Thomsen, two Danish resistance fighters during the NS-era, who helped many people fleeing to Sweden. CADUS and Sea-Watch share the same desire to show that humanity and solidarity are more than just empty words. The godfather of the boat, Syrian filmmaker Firas Alshater, pointed out the importance of this intention as well. He wished both boat and crew good luck for their ambitious mission.

CADUS and Sea-Watch look forward to their joint mission and further support. This couldn't be easier – simply go to: https://www.betterplace.org/en/projects/35982