For the last two years, our clinic in Raqqa was a little but successful project which never got the attention it deserved. It started without much noise and ended the same way.

When we were asked about a possible cooperation with Raqqa’s health authority and our partner organization Heyva Sor a Kurd (Kurdish Red Crescent), the city was still heavily damaged by the air raids of the anti ISIS coalition. We had to make the decision half a year after ISIS was driven out of Raqqa in one of the biggest urban bombing campaigns since World War II. We had planned missions with mobile hospitals in rural areas, but what was needed were stationary health care units in the city. We chose to hand over the mobile hospital to the Kurdish Red Crescent and start a Clinic in Raqqa with local staff. Despite the extreme devastation of the inner city, Raqqa was starting to repopulate. Besides an insufficient supply of water and energy, the lack of basic medical care was the local administration’s main concern.

Raqqa won’t give up

Even though it was promised multiple times, international reconstruction aid is arriving on the ground rarely if ever. To the local team and ourselves, building a place where civilians could be treated was also a symbol of the Raqqawis'* resilience. In spite of ISIS, displacement and destruction, Raqqa and it's inhabitants will survive.

During the two years we were running the project together with our partners, the clinic grew into an important provider for general medical care as well as pediatric and later gynecologic treatments in Raqqa. In the first half year we already treated more than 17.000 people, usually 50 – 60% of our patients at any time would be children. In 2019 we treated more than 40.000 people in our clinic, a few with severe injuries but most cases were ordinary, everything from childhood diseases, diabetes and high blood pressure to common colds.

This may sound less exciting than trauma treatment right behind the frontline, but it is daily routine in areas of conflict and warzones. In the long run, more people are dying as a result of chronic shortages than because of direct hostile acts. This is one reason why the careless or intentional destruction of medical infrastructure is such a cruel thing. Dying slowly of a protracted infection is no less dramatic than a death caused by shrapnel. For this reason, we are very happy that the Raqqa clinic could establish itself in the neigbourhood and that families came to appreciate its services and can trust to receive professional medic care. 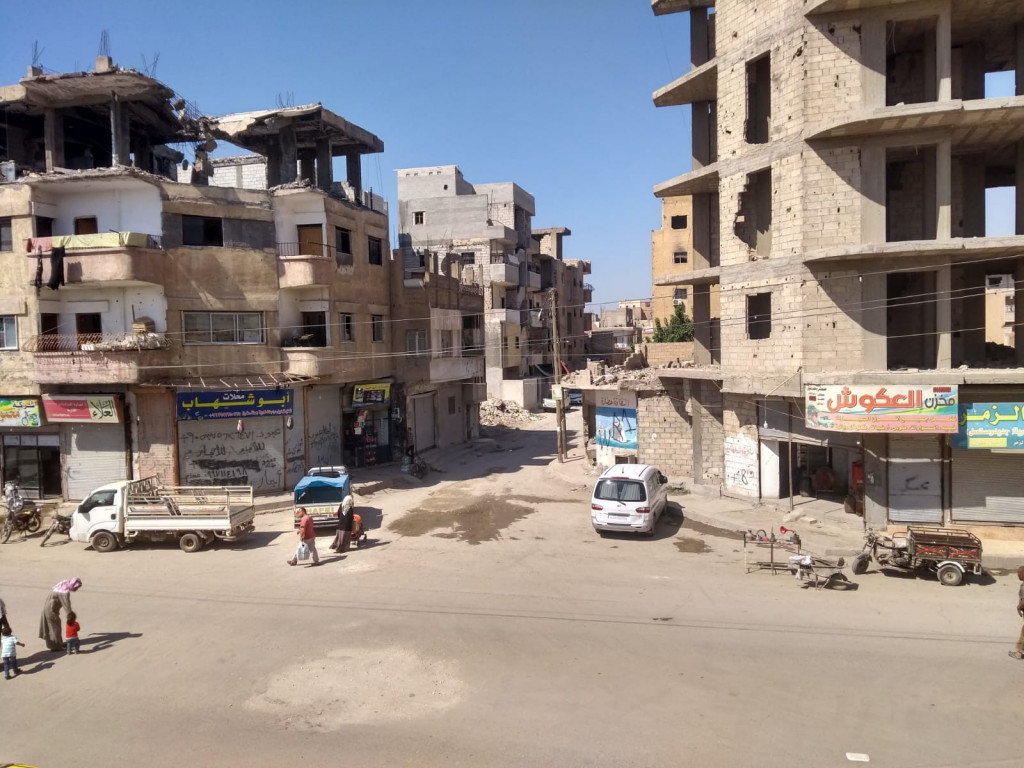 The Raqqawis already had to suffer a lot and are headed towards anything but easier times. ©CADUS

All the more, we are sad to announce the end of our joint work in Raqqa. The modified authorization on cross-border aid in Syria, as passed by the UN security council in January, puts obstacles in the way of funding and maintaining any important humanitarian projects in those parts of Syria which are not under government control. In the case of our Raqqa project, this means it's impossible for us to go on with it.

With heavy hearts but complete trust into the local health structures, we handed the project over to the city administration who will continue the work together with our long-term partners Heyva Sor a Kurd. Sadly, because of the lack of funding mentioned earlier, it's already clear that medical care on the previous level of quality can only be provided on a much smaller scale in the future. As so often, decisions made on an international level have an immediate negative impact on a civilian population, which is struggling to get by after nine years of war and in the midst of a global health crisis.